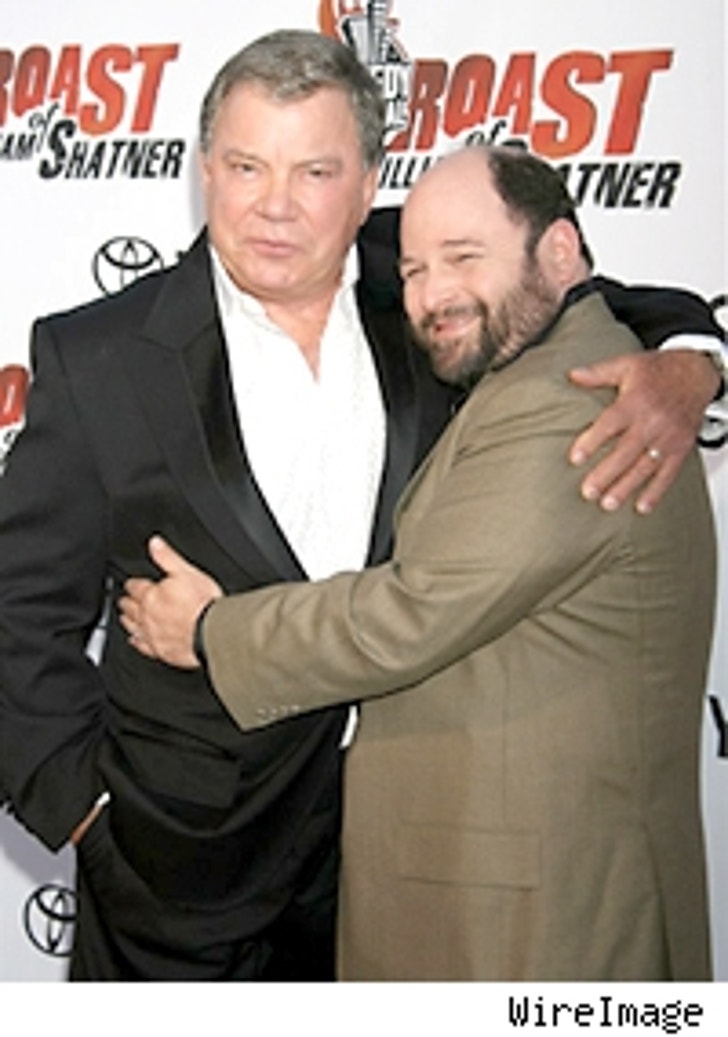 The celebrity roast is an odd event: a performer reaches such a high level of success that his friends -- and a few total strangers that are only famous for insulting people -- take turns making digs at said celeb and anyone else in attendance.

Jeffrey Ross gave cameras a sneak peek at his material on his way into the show: "He went from 'T.J. Hooker' to P.F. Chang's ... Is he on 'Boston Legal' or Boston Market?"

Shatner may have been the man of honor, but everyone was a target last night -- especially George Takei, who recently came out of the closet. But the line of the night (that we can actually repeat) goes to Lisa Lampanelli: "Betty White is so old, that on the first game show she ever did, the grand prize was fire."

Comedy Central will air the roast this Sunday at 10PM.