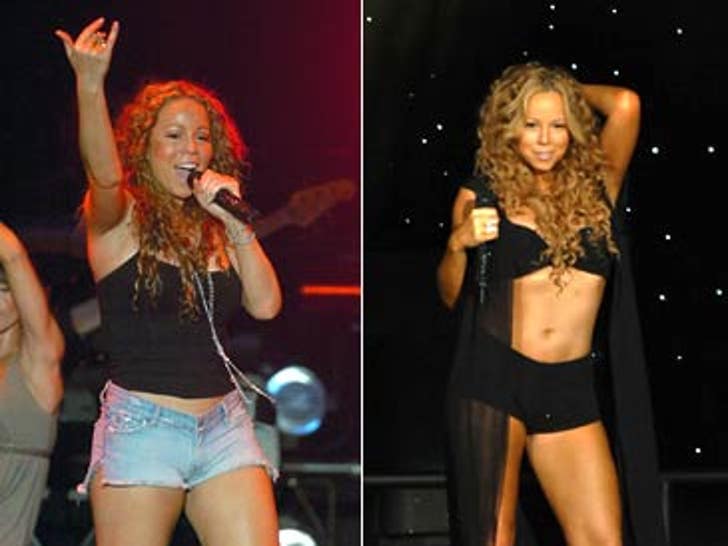 Mariah Carey has been getting some major flack for her outfit choices on tour, even on her own website's message boards. Fans reacted to the tour buzz, as well as the not-so-flattering pictures that have been floating around with comments like: 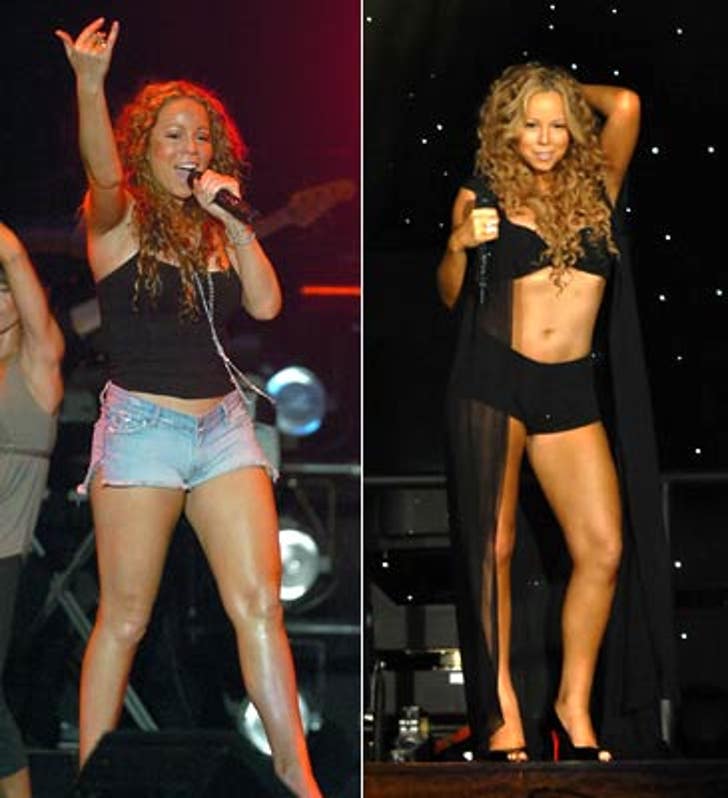 "The picture promises a night of glamorous, high fashion, truly sexy haute couture, but the reality, at least when it comes to that black get-up, is a tacky, too small, trashy embarrassment of a number. I don't know how Mariah, or her staff, think that this stunning woman would look good in this itty bitty cheap frock, but they need to ditch it before the concert moves on."

Another fan states "Mariah failed to create a buzz about her live performance during her album because she wore tacky costumes and stood in one place and sang, and a lot of times had some off key moments, not bashing, but telling the truth...Her outfits are too revealing to appeal to a massive adult audience, and the fact that she just stands in one place and sings, and waves her hands is not entertaining enough for younger audiences."

These comments are from Mariah's free message boards, the paid members also lash out on the "Friends of Mariah" message boards. Although Mariah has slimmed down quite a bit for the tour, it looks like her fans think she might need to consider a new stylist.