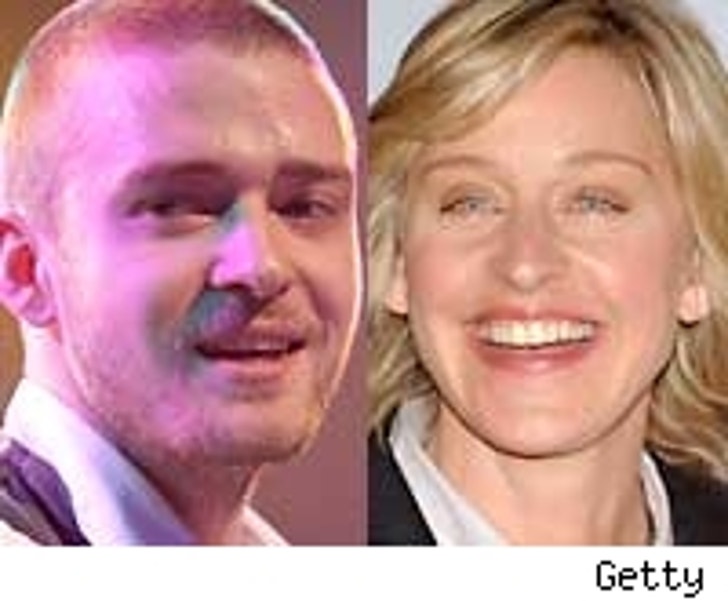 Season four of "The Ellen DeGeneres" show is kicking off in the sexiest way possible -- with Justin Timberlake. The episode, which will tape August 28 and air September 4, will feature the Grammy winner performing his newest single, "Sexyback," at East Meadow in New York's Central Park. AOL will serve as sponsor of the special show.