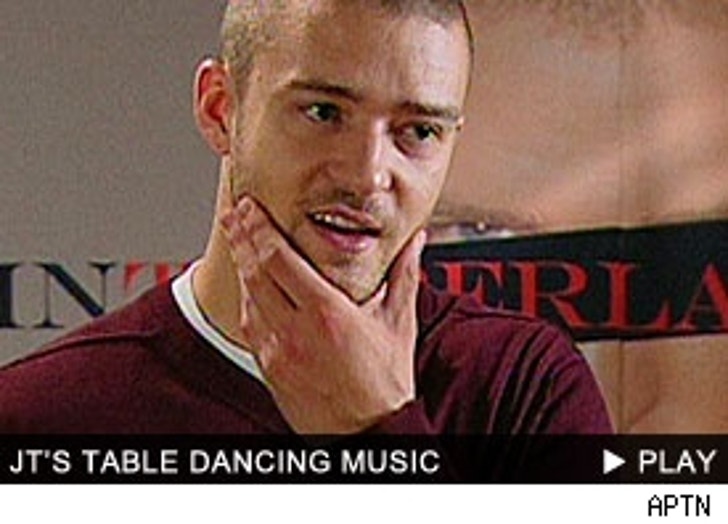 After being MIA on the music scene for almost four years, Justin is back and he's bringing "SexyBack" with him.

Following up the success of "Justified" is a daunting task, but in a new interview JT promises his upcoming album, "FutureSex/LoveSounds," will go in a totally different direction.

"I think what we were trying to create was something new and fresh. It is sort of the opposite of 'Justified' in how non-personal it is."

Timberlake, whose celeb fans showed support at a recent gig at the House of Blues, also says his collaborations with Timbaland reflect the future of music. "We won't really have a rock and roll category," he says, "or a hip hop category, everybody is borrowing from everyone else and that is a great thing, I mean that is how music should be, we should all inspire each other in some shape or form."

And while his first single makes the bold stance "I'm bringing sexy back," Timberlake admits, "I don't know if sexy actually left us."