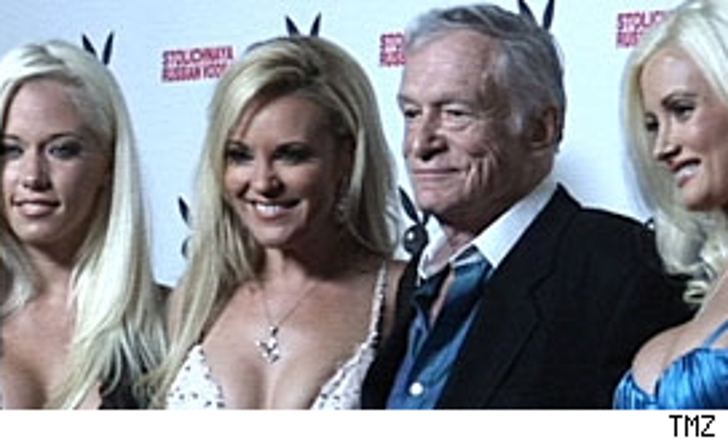 Hollywood was overrun with sex appeal Tuesday, and TMZ's cameras caught all the sizzling action on tape!

Our first stop was Barney's New York in Beverly Hills, where we spotted Heather Locklear looking radiant after a hard day of shopping.

Next we rolled over to celebrity favorite Mr. Chow, where Bai Ling was signing autographs after her gourmet dinner.

Finally it was onto Social Hollywood, which was bursting with hotties for the September issue release party, featuring all of Hugh Hefner's girlfriends on the cover.

Hip-hop icon Too Short was among the stars partying it up, as was everyone's favorite badass Danny Trejo. Bill Maher also swung by the festivities. But the highlight of the evening was Hef's arrival, which included an escort of eight incredible playmates.