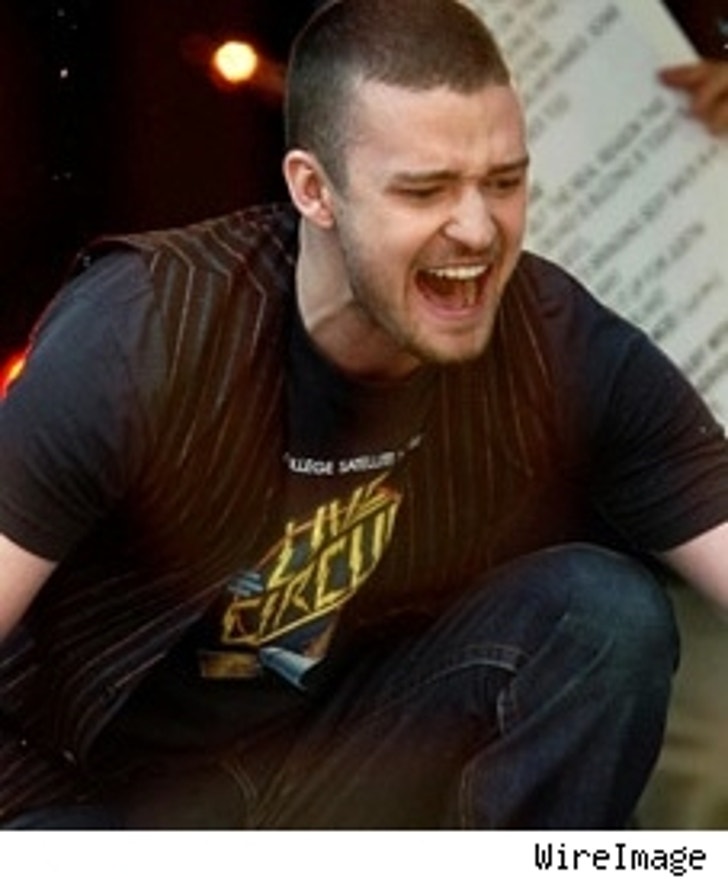 Justin Timberlake, unlike millions of other Americans, evidently doesn't think much of Taylor Hicks' soul-patrolling shtick.

"People think he looks so normal, and he's so sweet and he's so earnest, but he can't carry a tune in a bucket," says Timberlake. And JT adds that as much as his Southern-fried fan base love Taylor now, they could turn on him in a Tuscaloosa second under certain circumstances.

In the Vanity Fair supplement Fashion Rocks (via MSNBC), Timberlake, whose own album "Futuresex/Lovesounds" comes out Sept. 12, speculates on what would happen to all of Hicks' Southern fans if he were to reveal something controversial about his personality. "If [Hicks] has any skeletons whatsoever, if God forbid, he's gay, and if all these people in Mississippi who voted for him are like, "Oh my god, I voted for a queer!" It's just too much pressure." And he may not think much of Taylor, but he's got a conflicted view of the show that made him famous, "American Idol." Of the pop-culture phenomenon, JT says, "I despise it, yet I'm completely fascinated."

For the record, neither Hicks nor anyone else has ever even suggested that he might be gay, though it seems that Justin, who publicly supported his ex-bandmate Lance Bass' decision to come out, wouldn't think there was anything wrong with it. 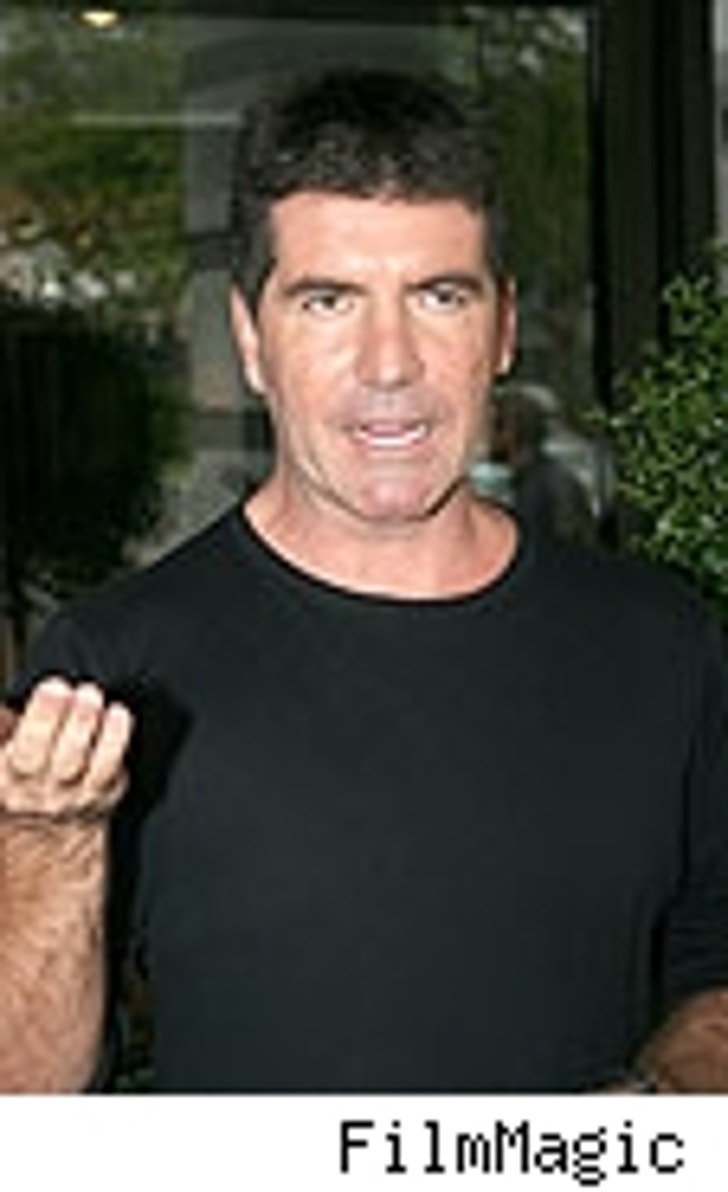 Simon Loves Him Some Hoff

Speaking of "Idol," Simon Cowell thinks it's "incredible" that his newest show – "America's Got Talent," full of yodelers, magicians, and other species of talent freak – actually did well on NBC. "To be honest, we were not expecting it to do as well as it did," he tells the New York Post.

And it seems that Cowell really wants David Hasselhoff back as a judge, despite the fact that the Hoff has said that he was only going to do the gig for one season. "I like this panel, I think they're going to get more interesting," says Simon of Hasselhoff, Brandy, and Piers Morgan.

Simon admits that he's seen some acts on his own show that make him wish he were the one passing his own brand of caustic judgment. "It's been very tempting," says Cowell. "There have been times when I've watched the show and thought to myself, 'God I wish I was judging this.'"

The show ends tomorrow with the crowning of a $1 million winner. 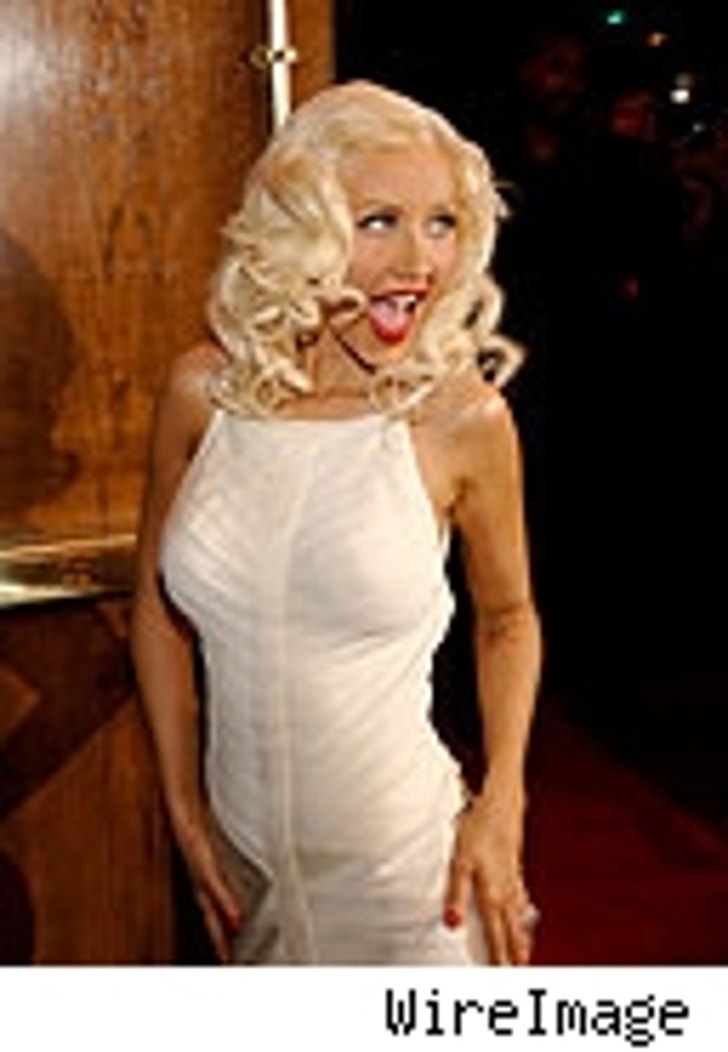 Xtina Kicks Up A "F.U.S.S." About Storch

Christina Aguilera and Scott Storch -- producer of Paris Hilton's album and Team Firecrotch member -- are hissing at one another, just in time for the release of both blonde bombshells' records.

On her latest album, which just dropped yesterday, Xtina slams Storch on a song called "F.U.S.S." after he dropped out of producing "Back to Basics," supposedly because, among other reasons, she wouldn't send a private plane to get him.

But Storch, never one to disguise his feelings, tells In Touch magazine (via Ben Widdicombe), "I worked on half of her last CD and sold her millions of copies. Obviously, she cares more than I do that I didn't do this album. But I can't blame her, with an album full of fillers, oversinging and lame Vegas-like cabaret music."

On "F.U.S.S.", the letters of which we'll allow you to sort out on your own, the pop princess sings of Storch, "I thought I knew who you were, I see now you were a lesson to learn. . .This song is for you to remind you/that I moved on...looks I didn't need you." 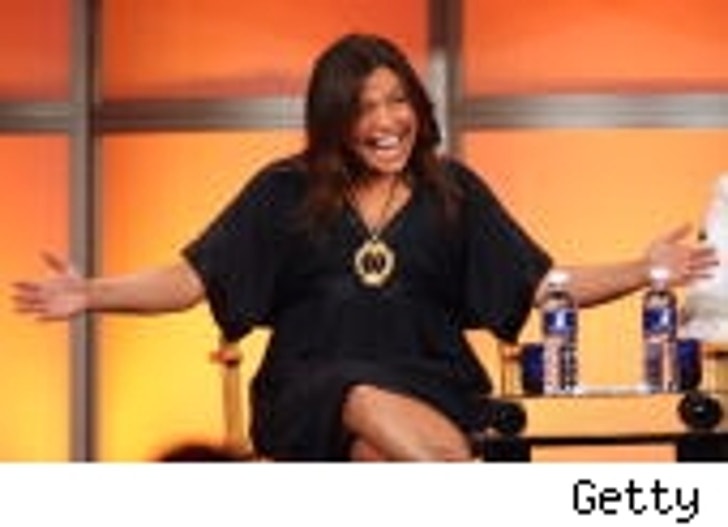 Goodie Bag: Oprah To Guest on Rachael Ray's Show, Reichen Moves In With Lance, and Lindsay Brings Cookies to Set

Oprah Winfrey made a surprise visit to the set of Rachael Ray's new talk show, which is taping episodes now in advance of its Sept. 18 premiere, says People. The hour-long syndicated show, called "The Rachael Ray Show," won't normally have celebrity guests, but the Queen of All Talk Winfrey hung out for the taping, met the audience, and had some coffee on-air with Ray. Oprah's Harpo Productions is producing the show. . . Reichen Lehmkuhl, the boyfriend of recently-out Lance Bass, has moved into Bass' house after, according to Page Six, he lost his own house. The $642,400 abode is in "pre-foreclosure" according to defaultresearch.com, though Reichen's lawyer says it's in escrow, not foreclosure. . . Lindsay Lohan is apparently trying to make nice on the "Georgia Rule" set – she brought 500 cupcakes to work earlier this month, says Ben Widdicombe, which she passed out to co-workers.