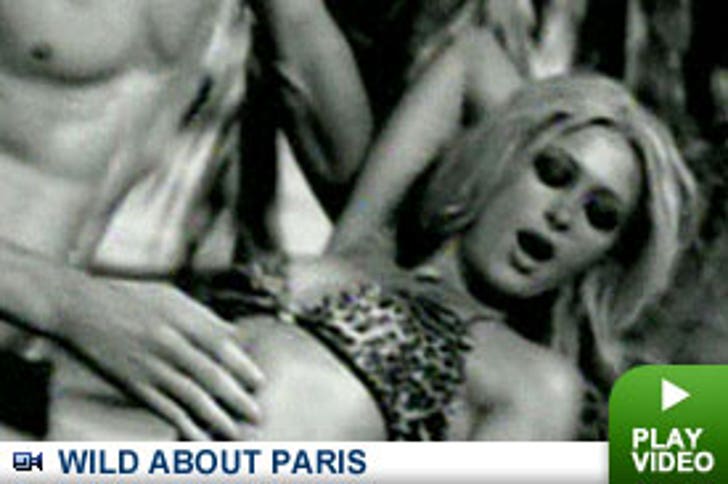 Unless you live under a rock, you know Paris' self-titled debut album is set to drop any day now . . . and her promotional efforts are in high gear. Yesterday, Paris' PR blitzkrieg hit NYC for an in-store CD signing and her album release party.

Hilton admits she has a leg-up when it comes to breaking through as a musician. "It's kind of different because most artists, before you hear their music, you have never heard of them," explains the hotel heiress, "But with me, people have already seen me doing 'The Simple Life' and doing other things. I don't know. It's different."

Paris also had glowing praise for producer Scott Storch, with whom she collaborated on her album. "I was writing my own music and going over the beats with him. He's one of my best friends. He's so sweet and fun to hang out with," says Paris.

While we can't vouch for his sweetness, Hilton was definitely having fun with her beloved producer as he spouted insults towards Lindsay Lohan over the weekend.