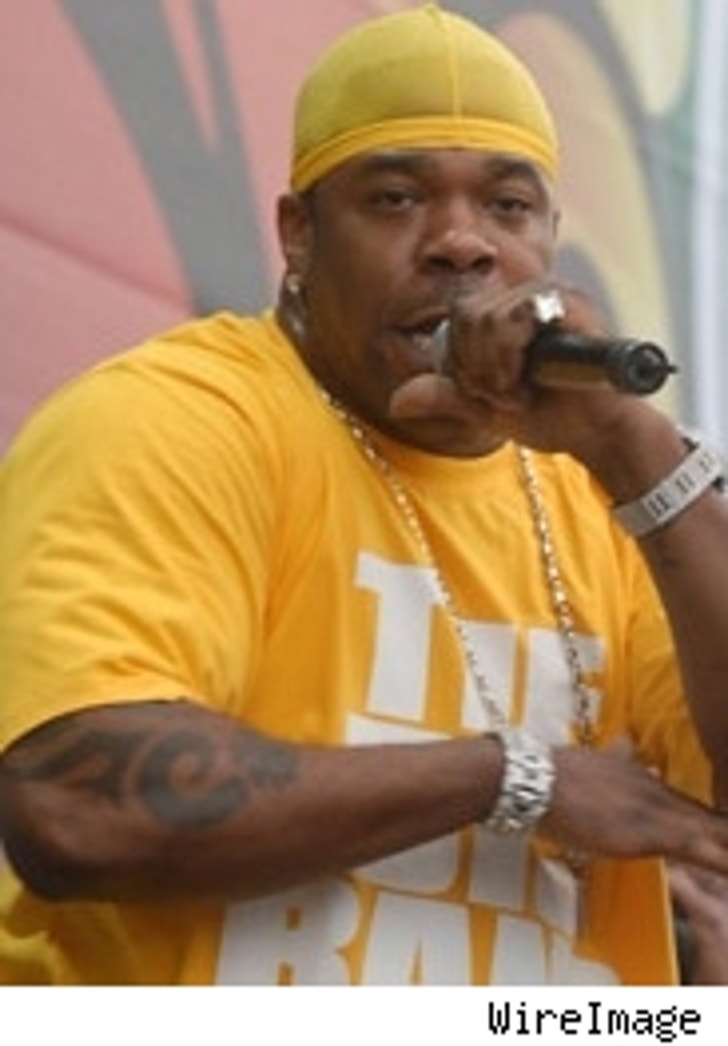 Rapper Busta Rhymes was arrested on assault charges last night after a concert on New York City's Randalls Island. The 34-year-old artist, whose real name is Trevor Smith, was being investigated by police for allegedly assaulting a concertgoer who may have spat on Busta's car after his performance at a music festival in New York last week.

Details of the alleged spitting incident and the alleged assault that followed were not immediately available, though a police officer cited by the Associated Press said that they took place about six days ago. The arrest may also have given police the opportunity to interview Rhymes about the February shooting death of his bodyguard, Israel Ramirez, 29, during a video shoot in Brooklyn. No arrest has been made in the case, and the rapper is not considered a suspect, though New York City Police Commissioner Raymond Kelly has publicly criticized Rhymes for not cooperating with the investigation. Reps for the rapper did not immediately comment. 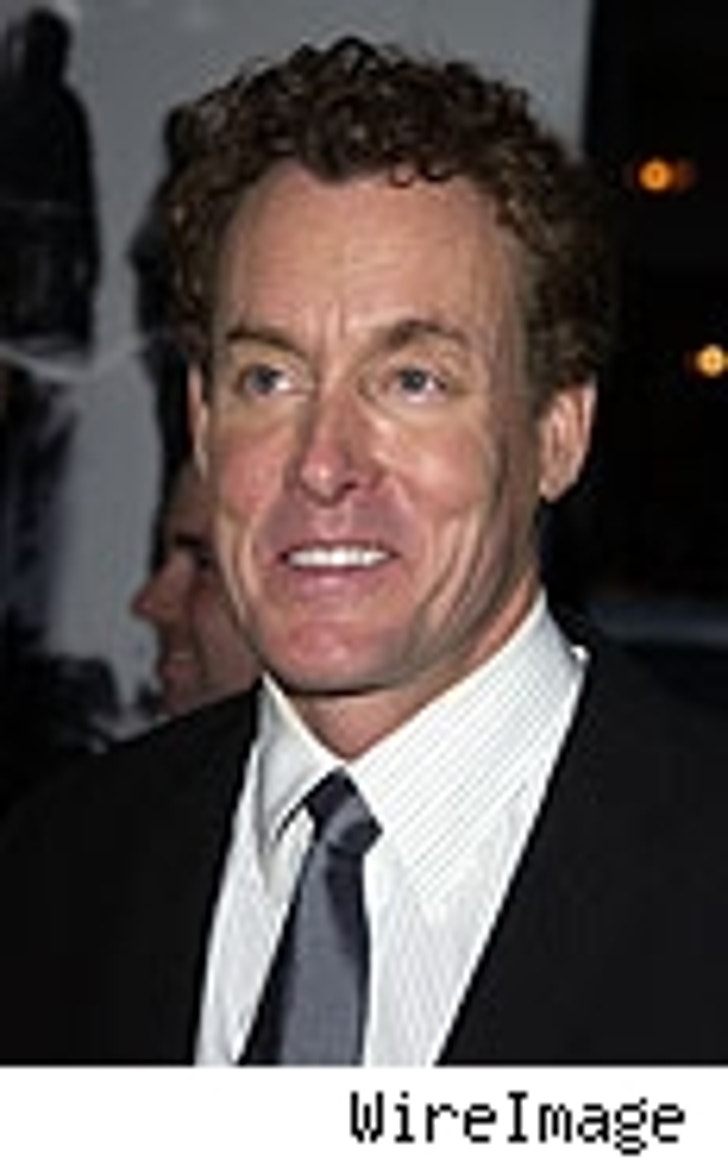 Don't worry, ladies-Zach Braff is still available. But John C. McGinley, who plays Dr. Perry Cox on "Scrubs," is not. He told People.com that he popped the question to his girlfriend of two and a half years, yoga instructor Nicole Kessler, yesterday morning at their home in Malibu. The pair met on the beach when McGinley's son Max approached Nicole while McGinley was busy playing with his dogs. When McGinley noticed who Max was talking to, he said he quickly decided to make his son play with the dogs so he could talk to the "hot blonde." (Smart dad.) No wedding date has been set. 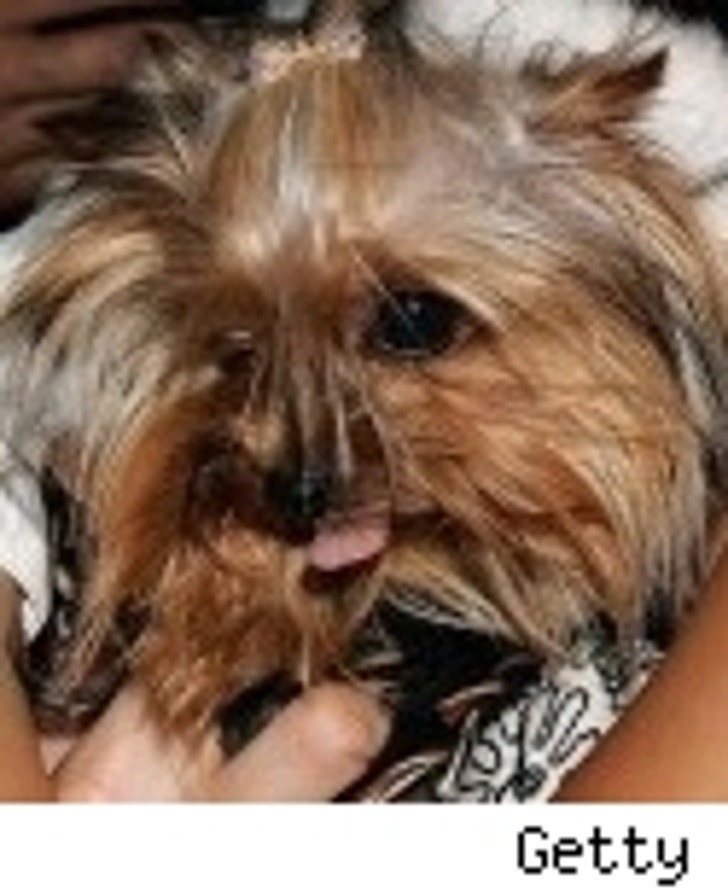 Certain stars won't go anywhere without their four-legged friends. But there's one furry creature who won't be making the rounds anymore. Junebug was the teacup Yorkie who had made the rounds with celebs at various awards shows-she smooched Paris Hilton, appeared on CNN, the TV Guide Channel and E!, and was scheduled for an appearance with Joan and Melissa Rivers at the Emmys. But the 1-year-old puppy died during a routine spay procedure recently, the Los Angeles Times reports, and her owner, who owns a line of canine couture that's all the rage in Hollywood, was devastated. Fortunately, she's found a new Yorkie to snuggle up to Paris and co.-a too-cute-for-words Yorkie named Coco. She'll reportedly be making the rounds at all the most fashionable Emmy parties. Keep an eye (and a treat) out for her. 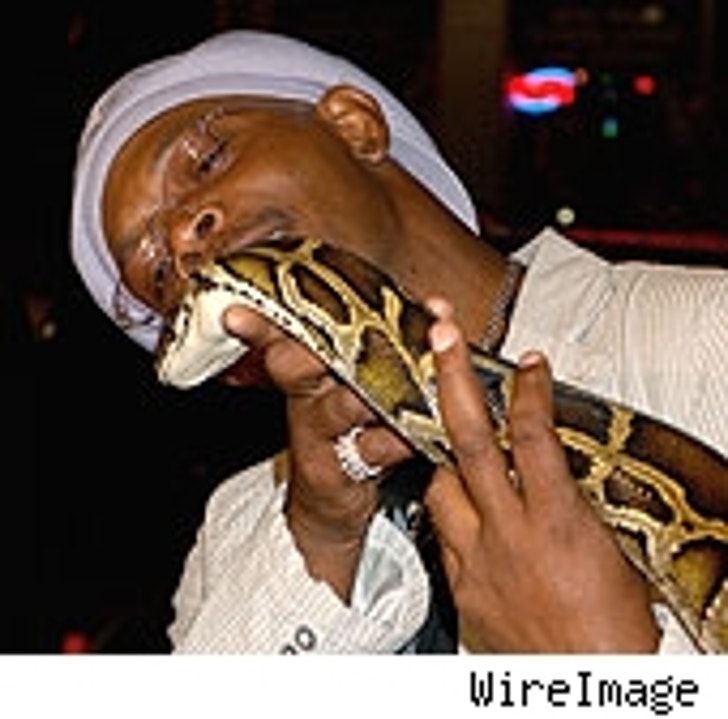 Snakes Slithers to the Top

The blogosphere-hyped "Snakes on a Plane" managed to nab first place in Friday's grosses, with an estimated $6.1 million in ticket sales. That may not seem like a lot, but it was enough to best the second-place finisher, Will Ferrell's "Talladega Nights." In third place was the comedy "Accepted," about a teenager who gets rejected from every college he applies to and decides to start his own, and the dance movie "Step Up" took fourth. It looks like the Duff sisters might not want to quit their day jobs-their "Material Girls" only managed a paltry $1.6 million after Friday's grosses were tallied, putting them in seventh place.