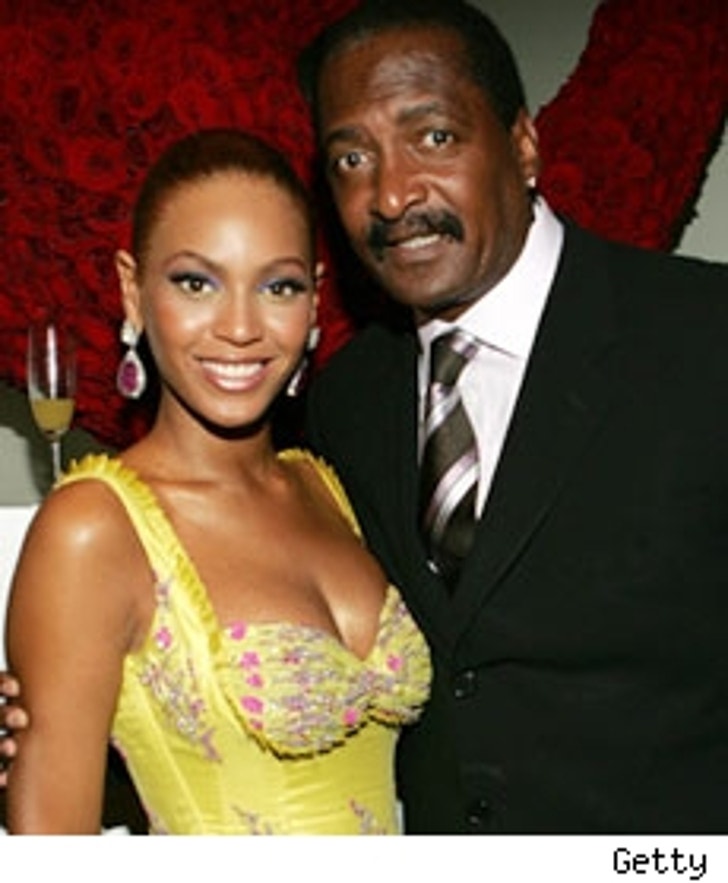 Over 6,600 Beyoncé enthusiasts have come together to sign a petition "for the advocacy of having Ms. Beyoncé Knowles, Columbia Records, Music World Entertainment, and all other entities associated with the creative process of creating the long-form music video known as 'Deja Vu' reshoot aforementioned video immediately."

If you think Miss Knowles has a problem when a couple thousand of her "Crazy in Love" loyalists sign a statement like "this video is an underwhelming representation of the talent and quality of previous music video projects of Ms. Knowles" then you don't know her father, co-founder of imanipulatemybeautifuldaughterformyownsuccess.com (along side of Joe Simpson), Matthew Knowles.

When Papa Knowles heard that the previously mentioned petition made national headlines, he did what any good irreverant celebrity father would do ... he put out an offical "statement".

"It is apparent that there is a consistent plan by some to create chaos around Beyoncés 'B'Day' album release on September 5 in the US. First, it was a petition against the single, 'Deja Vu,' then a rumor regarding conflict between Beyoncé and Rihanna, seizures caused by the 'Ring the Alarm' video, putting out a single to compete with LeToya's album and now to add to all the ridiculous rumors, is my plan to postpone the release of her 'B'Day' album. What will be next? Beyoncé's cut off all her hair? Dyed it green? Maybe she's singing the songs in reverse with some hidden subliminal message!"