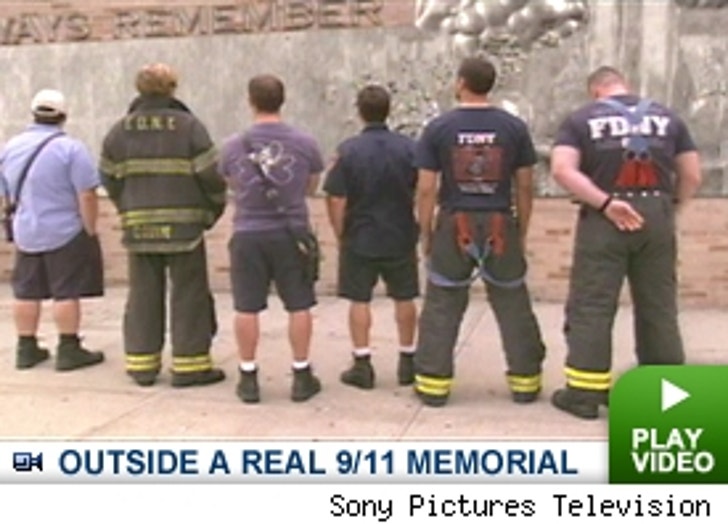 As the third season of the FX hit drama "Rescue Me" comes to an end, the mix of drama and comedy that has become the show's trademark is in full force. In one scene, the crew is coming up for nicknames for their new chief (whose last name may or may not be pronounced "pecker"). In the next, Franco is bonding with his girlfriend's mentally-challenged brother. So is the delicate balance of "Rescue Me."

The show's season finale wraps up some of the stories central to this season: Tommy and Lou decide their future, Mike settles on his sexual identity (in hysterical fashion, of course), Sean and Maggie settle into marriage and Franco takes his test for a promotion (and finally re-connects with his daughter -- the show's only real "swing and a miss" storyline this year).

In an incredibly moving scene
from Sunday's finale, the crew gathers around the real life, recently-unveiled 9/11 monument built on the side of "10 House," the home of Engine Company 10 and Ladder Company 10, across Liberty Street from the World Trade Center.

Season three of "Rescue Me" comes to an end Tuesday night at 10PM on FX.