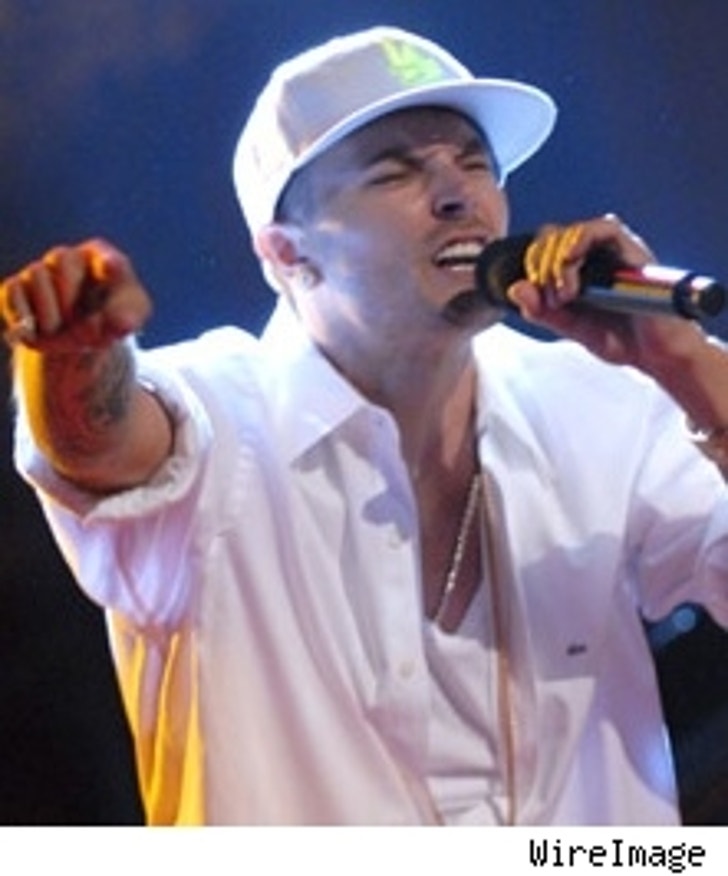 After his Teen Choice Awards debacle, Kevin Federline's rap career seemed like it didn't have much of a future. But now he's got acting to fall back on-he'll play a teen thug who harasses those intrepid investigators in an October episode of "CSI", and filming started Thursday night in Los Angeles. Does this mean that he'll finally come out from under Britney's shadow?

Not so fast. K-Fed told People.com, "This is pretty much my first time acting. It's the first time I've actually had a speaking role." In that regard, the producers seem to be playing it safe -- after all, everyone knows that Kevin's pretty much got the thug thing down pat. Indeed, he said, "They told me they wanted it to be more of a natural thing that comes to me." The offer to appear on the show came while he was rehearsing for the Teen Choice Awards. (You mean to say that performance was rehearsed?) "I pissed in my pants!" Kevin said. (We hope he's speaking figuratively.) "I was excited right off the bat. It's the only show that I really, really watch." But if you can't wait until October to see more of K-Fed on the small screen, his video for the song he performed at the Teen Choice Awards, "Lose Yourself," will be released Sept. 5. 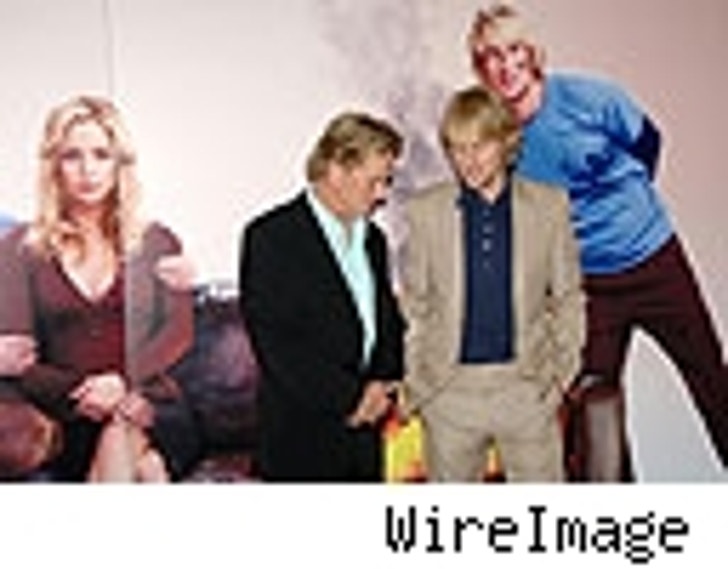 Rumors are everywhere that Kate Hudson hooked up with Owen Wilson before she announced her separation from hubby Chris Robinson, but now it turns out that Owen may have had his own romantic entanglements as well. Page Six reports that for the past couple months Owen has been dating a Los Angeles woman who works in PR -- who found out about Owen's alleged affair with Hudson when she saw it in the news. When the woman e-mailed Owen to find out what was going on, he sent her a text message that said, "We have to talk when I get back to LA." Ouch. Meanwhile, Us Weekly reports that at a publicity event for "You, Me and Dupree" in London, Owen wouldn't even stand next to a poster of Kate during a photo shoot. According to sources, Owen made co-star Michael Douglas stand next to his alleged honey instead. 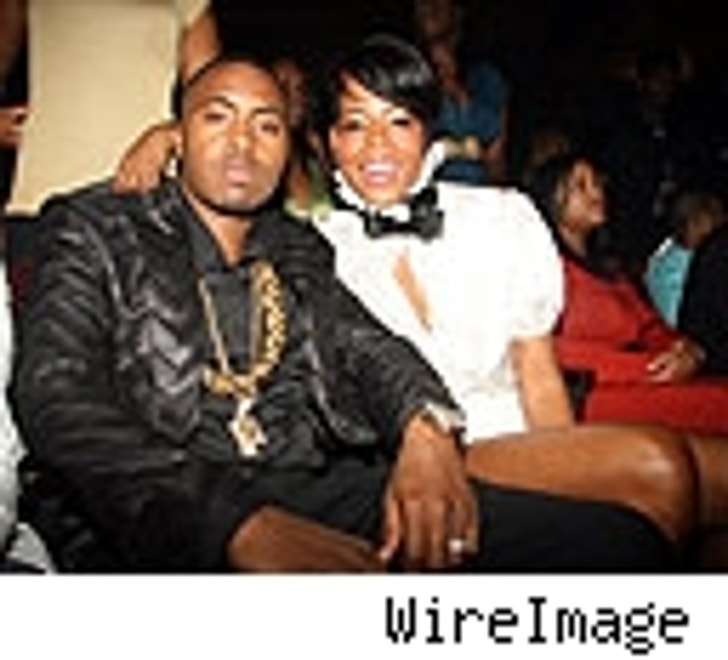 Nas Hooks Kelis Up for Her Birthday

Rap icon Nas knows how to treat his lady, Page Six reports. For his wife Kelis' 27th birthday this past week, he threw her a party at New York's swanky Meatpacking District club Double Seven, where her CD was released at midnight and guest Macy Gray brought out her birthday cake. Before the party, Nas treated Kelis to dinner at trendy pan-Asian restaurant Buddakan -- which meant she got to drive over to Double Seven in the brand-new SUV Nas bought for her, with a vanity plate that says "PWRMATTRS." We have no idea what that means. Any guesses? And can Nas throw us our next birthday party? 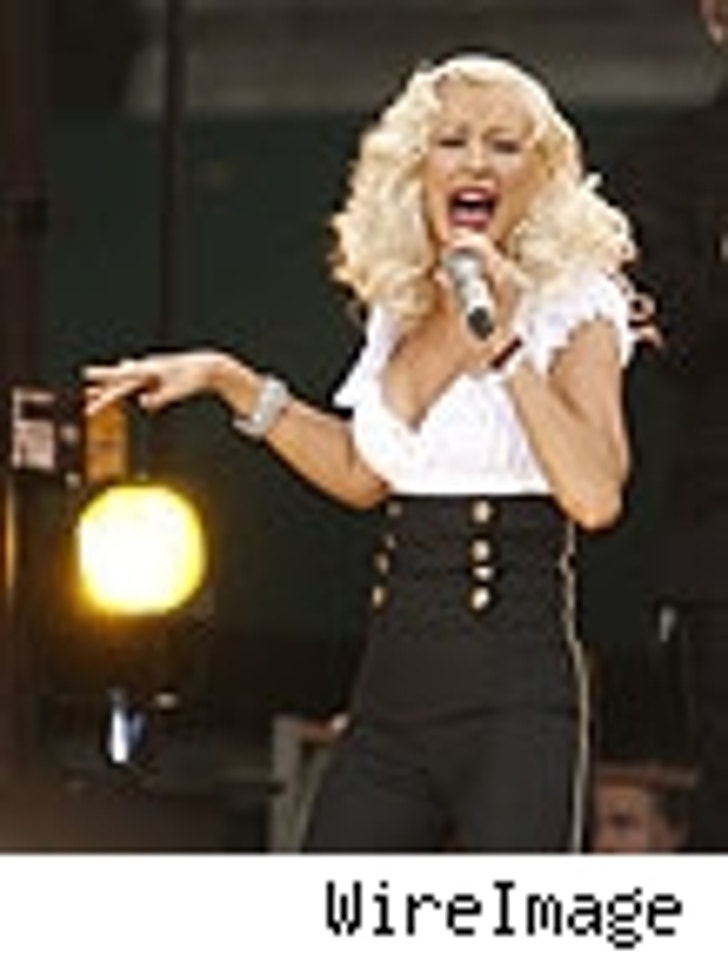 To no one's surprise, Christina Aguilera's new album, "Back to Basics," hit number one on the Billboard chart this week, with around 342,000 sold. The rest of the top five are all debuts as well, from R&B star Lyfe Jennings, country singer Trace Adkins, new R&B group Cherish, and the "Cheetah Girls 2" soundtrack. But the music industry is worried because despite Aguilera's strong showing, overall record sales are down nearly 7 percent from last year ... Meanwhile, former Phish guitarist Trey Anastasio has decided the majors aren't for him. One year after signing a major-label deal, Anastasio is striking out on his own by founding his own record label, Rubber Jungle. He'll release a new album, "Bar 17," on the label on Oct. 3, and at the same time kick off a North American tour.