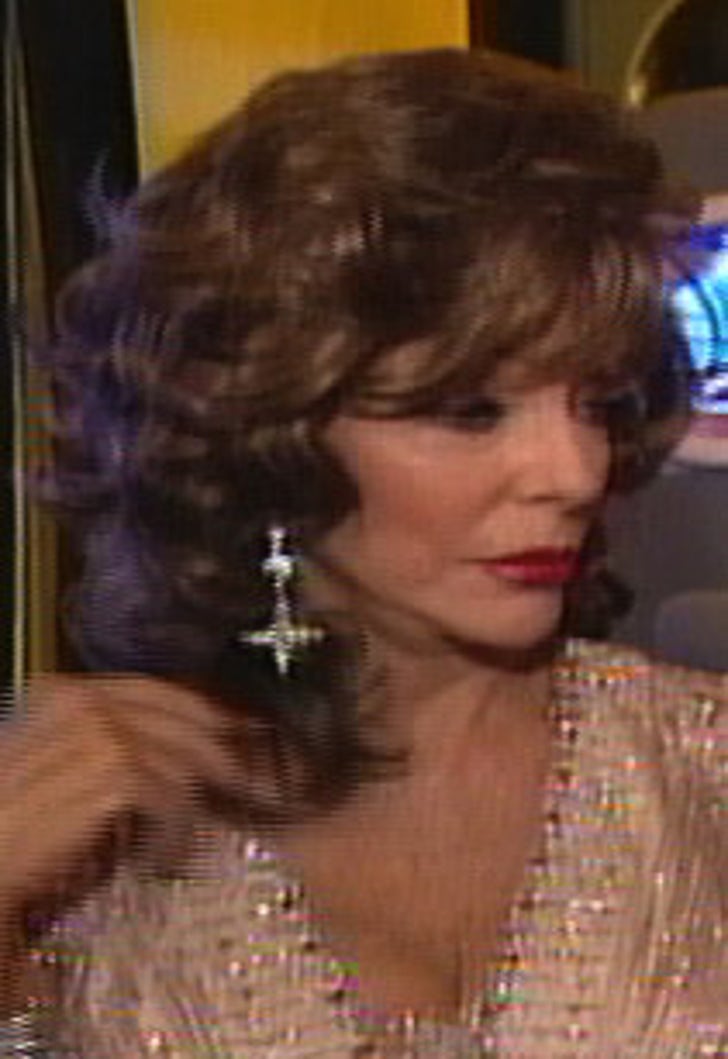 Behind the scenes of any awards show is a world of pure insanity. As the stars make their media rounds, they are in constant need of hair and make-up touch- ups. As was the case last night for legendary "Dynasty" actress Joan Collins.

Just as Joan was finishing up an interview, her hair guy swooped in to revitalize her look. There was just one problem; the cameras were still rolling. Needless to say, madame was none too happy that she was being coiffed for all the world to see. Her expression quickly jumped from a gleamingly pleasant smile to pissed-off diva scowl in just a matter of seconds. She then demanded that the touch-up team take her in front of a mirror immediately, if they wanted to continue their work.

When she was finally escorted to the mirror, as requested, she met up with a very sympathetic Megan Mullally. The Emmy winner then admitted to Collins that she too is constantly bombarded by the hair and make up people, but unlike her new backstage buddy, never has the guts to actually say something about it. Basically Megan was giving her props.

She's Joan Collins for crying out loud! You better do it her way.