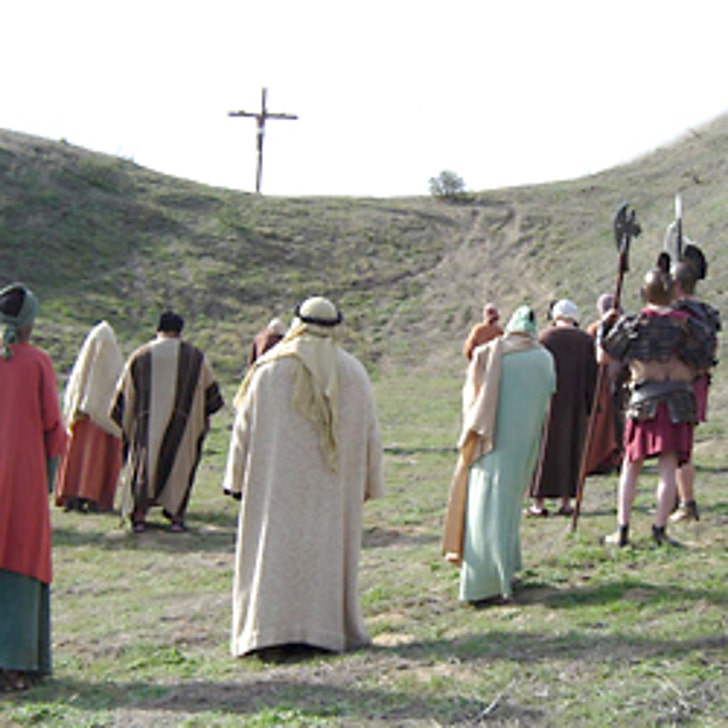 A new movie is depicting the last 48 hours of Christ's life. No, not "Passion of the Christ." It's called "Color of the Cross," an independent religious biopic that premiered at Cannes in May.

The movie bills itself as "the first dramatic film in Hollywood history ever to depict Christ as a man of color" and as "the first Christian based film to inject race as a possible factor in the Crucifixion of Christ."

"Color of the Cross" doesn't focus on the bloody torture of Christ's crucifixion (like some movies), but on his agonizing struggle with impending death. Writer, director and star Jean Claude LaMarre says, "Our movie is not about dividing Christians, but broadening their perspective. For centuries, Leonardo Da Vinci's portrayal of Jesus has been widely accepted. We are offering an alternative image. There's room for all. We will be seeking the Pope's blessing on this one."

It is scheduled for release in Fall 2006.