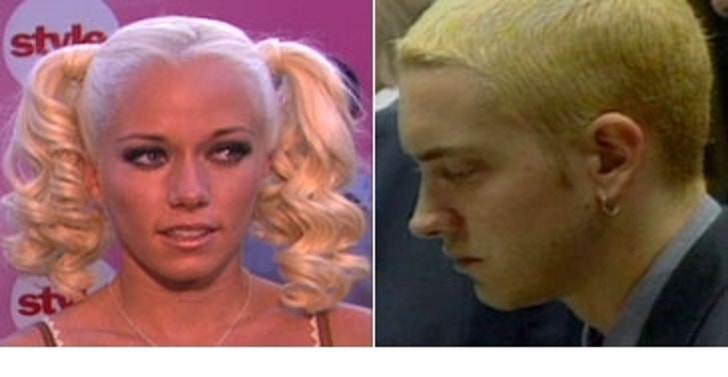 Kendra Wilkinson, one of Hugh Hefner's girlfriends and one of the stars of the E! series "The Girls Next Door," found out firsthand just how mean Eminem can be. She also found out just how fast celebrity publicists can work when cleaning up one of their client's messes. This particular mess involves Slim Shady himself and his alleged poor conduct on a video shoot. According to Kendra, Em threw water on the Playmate's face for no apparent reason during a shoot for Eminem and Akon's new music video, "Smack that Ass." Afterwards, Kendra unleashed her fury over the situation with a scathing message on her Myspace page.

We contacted Em's reps to see what their side of the story was. When asked if Marshal would be issuing either an apology or a statement we were told very blatantly, "Nope!"

We also contacted Playboy to confirm the authenticity of Kendra's Myspace message. A rep from Playboy confirmed to TMZ that this blog was in fact written by Kendra Wilkinson. They also provided the following statement regarding her current feelings over the situation and Eminem himself. "Kendra wrote this blog following some on-set high jinks at a recent music video shoot. While she was upset at first, she later received flowers and an apology from Eminem and removed the blog. Everything is fine and there are no hard feelings."

Though Kendra may have forgiven Em, we probably won't be seeing him anytime soon at the Playboy Mansion.