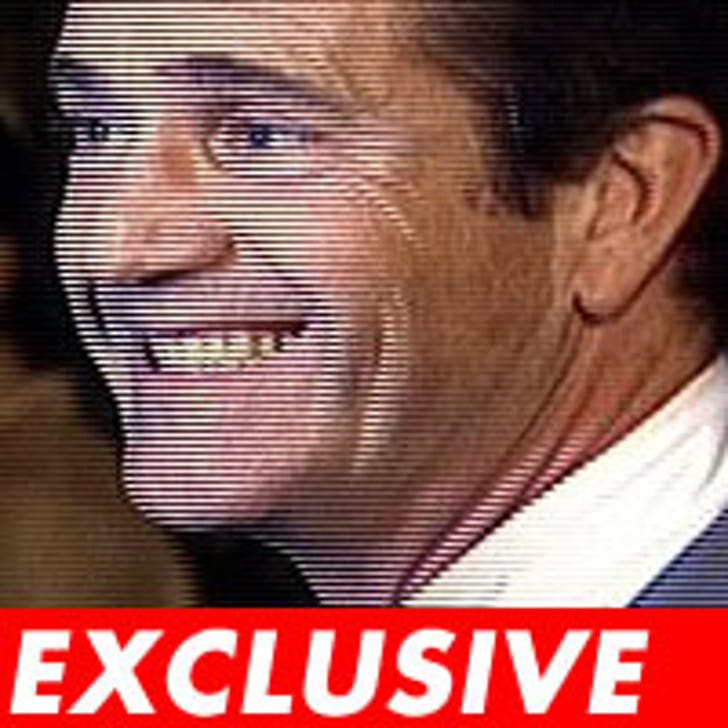 Mel Gibson gets blown away outside Moonshadows restaurant in Malibu, and it's coming soon to a theater near you.

TMZ has obtained the opening sequence of the script for the sequel to "The Hebrew Hammer," a 2003 Jewish blaxploitation comedy starring Adam Goldberg. The sequel, called "The Hebrew Hammer 2: Hammer vs. Hitler," depicts a very drunk Mel Gibson spilling out of Moonshadows, two blondes on each arm and a bottle of Irish whiskey in hand. Gibson then obnoxiously berates the valets, leaps into his Lexus and speeds off, screaming obscenities about the Jews. Apprehended by a policeman down the road from Moonshadows, Gibson's anti-Semitic tirade is cut short when the cop -- "The Hebrew Hammer" -- puts a bullet in Gibson's head, spraying a bloody Star of David onto the windshield of his Lexus.

In the new film, written by director John Kesselman, "The Hebrew Hammer" is now married and enjoying the good life in suburbia. But the Hammer is forced to dust off his pimpy, black leather couture to confront a new menace: A time-traveling Hitler, intent on altering key moments in Jewish history -- to the detriment of the Jews

A tug-of-war has erupted over Kesselman's sequel. Insiders tell TMZ the pitch has sparked interest from Hollywood execs, in no small measure because of its hilarious-but-controversial opening scene.

Kesselman, in an interview with TMZ, explained his unorthodox-but-still-Orthodox script this way: "Young Jews love 'The Hebrew Hammer.' I think if Mel wants to truly extend an olive branch to the Jewish Community as a whole, his on-screen death would go a long way in accomplishing that goal."

Currently, Ed Pressman's ContentFilm is in negotiations to finance the project, but New Line Cinema has also expressed interest in the comedy as well. It's currently being shopped by attorney Eric Feig, Kesselman's rep at the Beverly Hills law firm of Rosen Feig Golland & Lunn.

Comedy Central Films' original "Hebrew Hammer" bombed in theaters, but went on to become a cult classic that airs regularly on cable's Comedy Central and sells briskly on DVD.