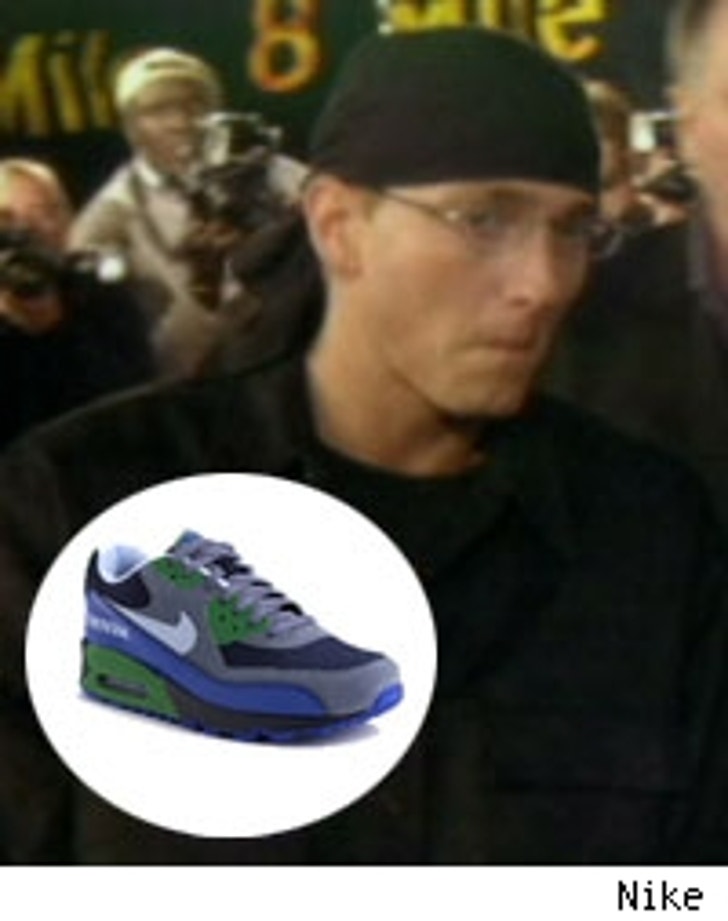 The first of eight Eminem-designed Nike sneakers has been unveiled.

The sneaker features the Grammy-winning rapper's name alongside the trademark Nike swoosh.

Starting Thursday eight sets of each limited-edition design (64 pairs total) will be auctioned off over the next month in Nike stores and on eBay.

Regarding the design process Eminem says, "My only problem was figuring out how to make the shoes different from stuff they've already done: Nike always has the dopest color combos."

Proceeds from the auctions raises money for the Marshall Mathers Foundation, which helps troubled youth in southeast Michigan, and the ninemillion.org, which benefits the world's refugee youth.

Eminem has his own fashion line called Shady Ltd.