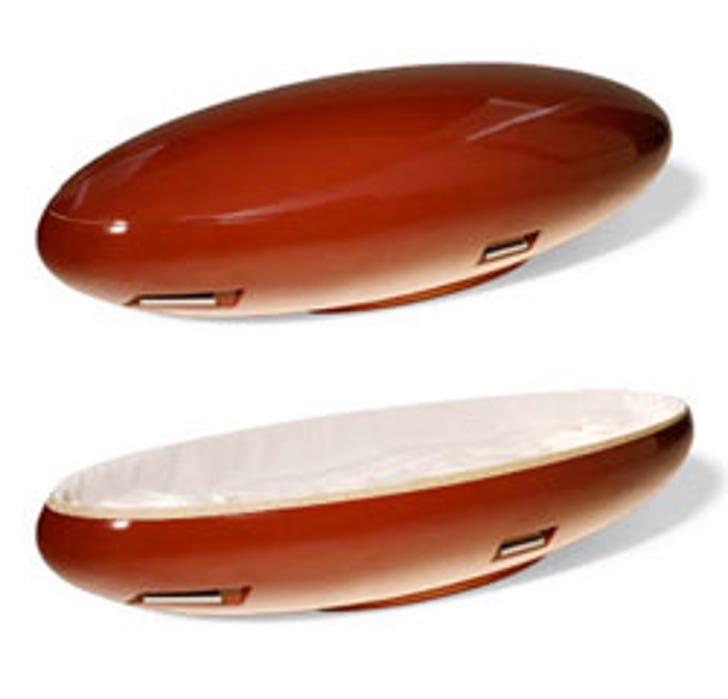 They say nothing is certain in life but death and taxes. But, even if you do land that offshore account in the Cayman islands, there's still the cold hand of death to attend to eventually. So, why not go out in style?

German company UONO is glamming up the graveyard with a new line of caskets which not only bare a striking resemblance to the torpedo Spock was shot out into space with, but it's environmentally friendly as well. Unlike the vulcan hero, the future deceased can choose their final resting box from a wide variety of colors, ranging from Pigeon Blue to Fir Green. While taking that long dirt nap, occupants will be happy to know the casket is completely bio-degradable. Which means no messy cleanup 20 years down the road.