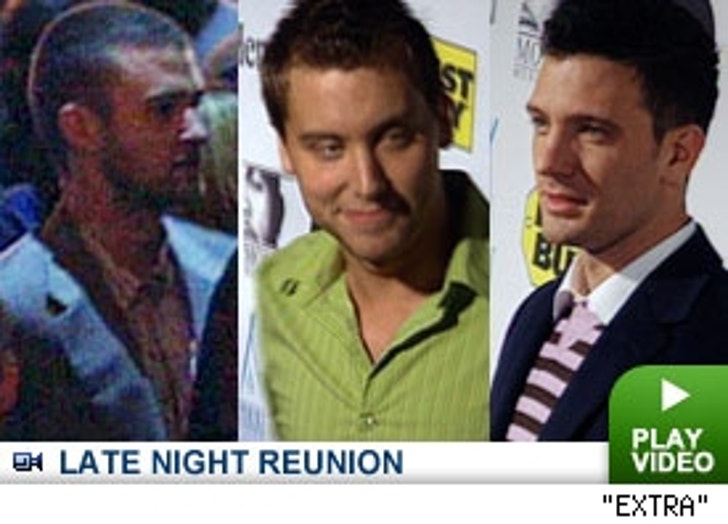 Though the pop group hasn't put out an album in five years, the boys of *NSYNC still hit up the same parties. Justin, JC and Lance were spotted heading into Timbaland's Pre-VMA party in New York last night, albeit separately. Sadly, Joey and Chris were nowhere to be found.

Justin and Timbaland are slated to perform together on tonight's award show.