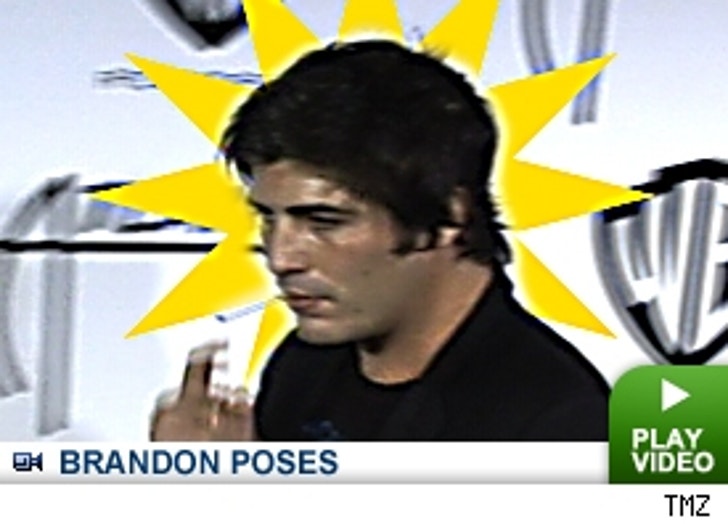 Who knew that wealthy scion Brandon Davis would become a star -- the result of his now-infamous vile rant against Lindsay Lohan, captured by TMZ.

But when you're posing solo on the VMA red carpet and photogs are actually interested enough to snap pics, then a star you are.

Remember back when Howard Stern discussed the notorious "Firecrotch Incident" back in May? Stern didn't even know Davis' name -- and didn't care to. Now, not only do people know the famed hater's real name, but a nickname is making the rounds as well: "Greasy Bear".

We had hoped that the first TMZ-created star would be a more worthy entertainer, but we can still take some pride in our first home-grown celebrity -- even though he's a putz.