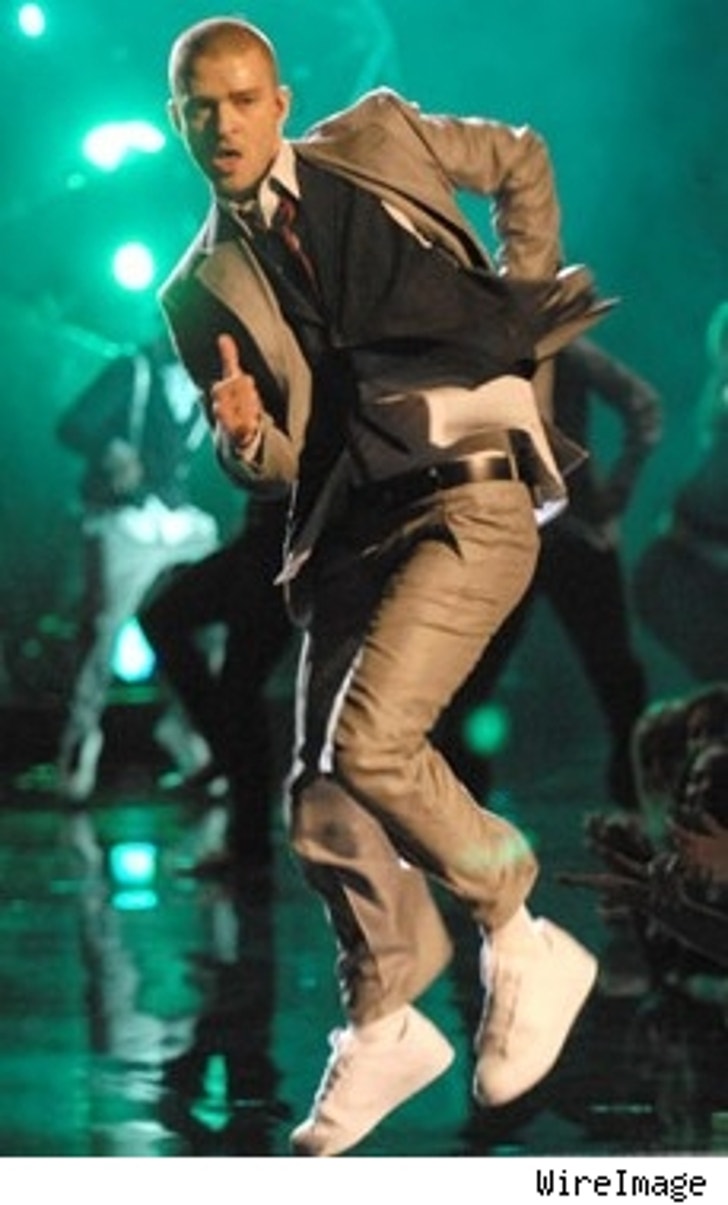 What, no girl-girl kiss? No puppet-slugging? No wardrobe malfunctions? Not even a diamond watch giveaway?

All in all, it was a remarkably tame evening at last night's MTV Video Music Awards, so much so that Al Gore made one of the night's best jokes – and even Britney Spears and Kevin Federline couldn't liven things up.

The usual shock-inducing antics – like Madonna and Britney smooching in 2003 or Diddy handing out a blinged-out timepiece -- that have tongues wagging the day after the VMAs were in comparatively short supply at Radio City Music Hall on Thursday. 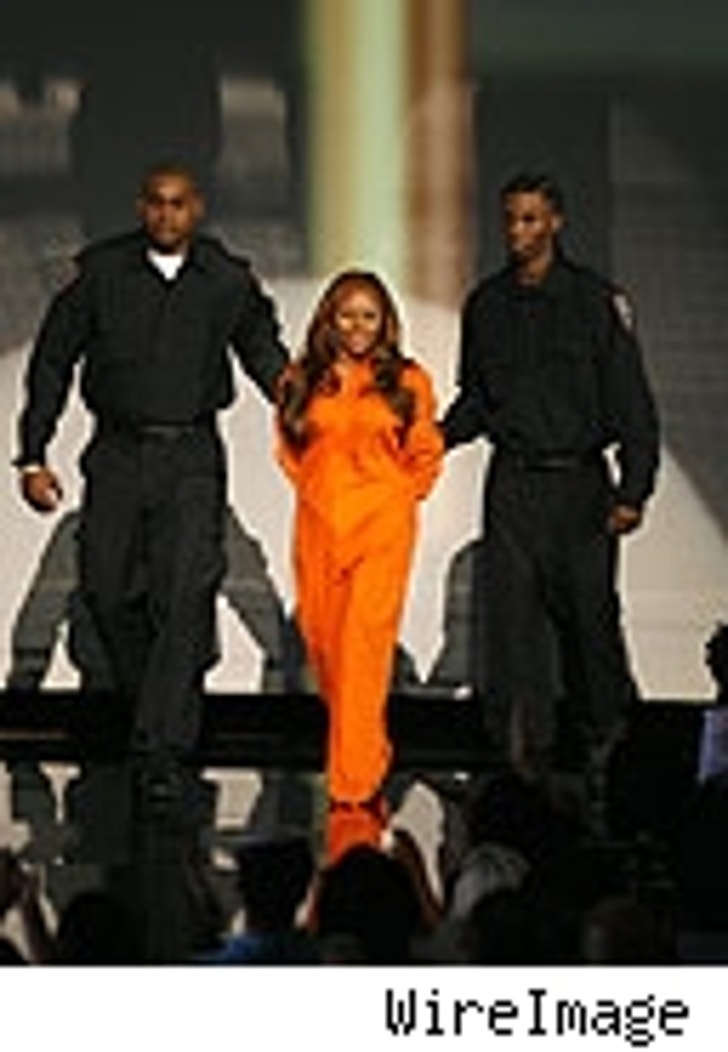 Still, there were some fine moments in the show: Lil' Kim appeared in an orange prison jumpsuit to very publicly mark her release from prison after a ten-month sentence, a stage-crasher identified as Nicholas "Sixx" King interrupted Panic! At the Disco's acceptance speech for Best Video, and Al Gore got a hearty chuckle out of the audience when he said, "I hear Justin Timberlake is bringing sexy back, so here I am." (It was just one of many "SexyBack"-themed jokes made during the evening.)

Elsewhere, on the red carpet, a monkey brought by nominated band Fall Out Boy created havoc with interviewers, while Diddy refused to talk to reporters, employing a member of his entourage to answer all questions while a tall, blonde butler carried a tray of liquids to slake the mogul's thirst whenever the occasion warranted it. 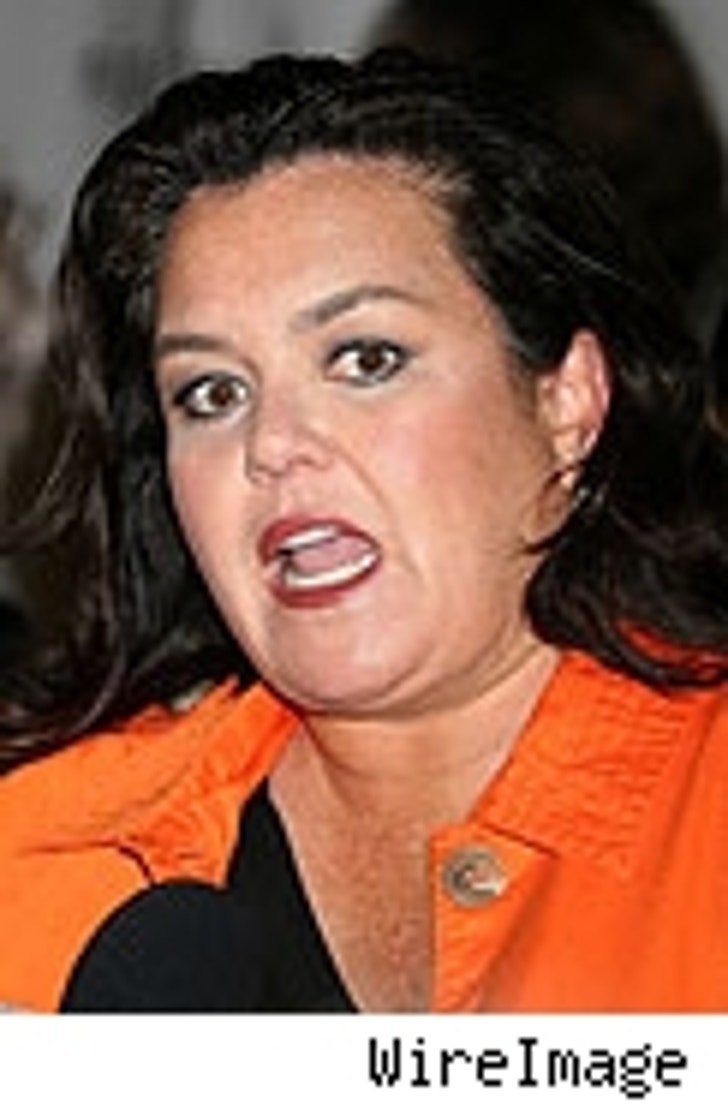 The promo picture for "The View" isn't the only place that Rosie O'Donnell is getting slimmed down. The new "View" co-host plays a trailer-park mom who wins the lottery and goes on a binge of liposuction therapy in the new season of FX's plastic-surgery drama "Nip/Tuck," and she's apparently so convincing that the network is considering giving O'Donnell's character her own show, according to the New York Daily News.

In the episodes, which air Oct. 3 and 17, O'Donnell plays Dawn Budge, a housewife who wins $381 million and comes under the suction of the "Nip/Tuck" doctors. The proposed series, which is still in the early stages of development, would be a half-hour series wherein Rosie/Dawn moves to N ew York and begins a whole new life.

"Laguna Beach" Ex-Lovers Claw It Out

With a dearth of juicy drama either at the awards show itself or even at the parties surrounding it, a tiff between Lauren Conrad and Jason Wahler of "Laguna Beach" and "The Hills" will have to suffice.

As Rush & Molloy report, the on-again-off-again pair were both spotted at a party at New York's Snitch on VMA eve, and Wahler continuously jostled Conrad while he was making out with a blonde woman – not Conrad. Conrad actually asked a Daily News reporter whether Wahler was with the girl, but then was ordered to "get away" from him.

Conrad stormed out of the club and went to Tenjune, where multiple witnesses say that Nick Lachey and Vanessa Minnillo, far from their appearance earlier in the evening at the Bryant Park Hotel, where they coyly avoided arriving together, were getting hot and heavy in the club's VIP area.

It's an exciting time of year for any student -- new lunchbox, new backpack, new crushes -- but particularly so for actor Martin Sheen, who has waited nearly 50 years to start college. The star is arriving at the National University of Ireland in Galway next week, says a school rep, to pick up his ID and begin classes to work towards his bachelor's degree. Sheen decided to forego college the first time around to pursue acting, says Page Six. ... A New York steakhouse owner pulled over Thursday night in the Hamptons to help a couple from their flooded car, and was surprised to find soap star Susan Lucci in the passenger's seat, report Rush & Molloy. William Jack Degel helped Lucci out of the car, which was stuck in three feet of water, by throwing her over his shoulder. "She was very light, maybe 85 pounds," says Degel.