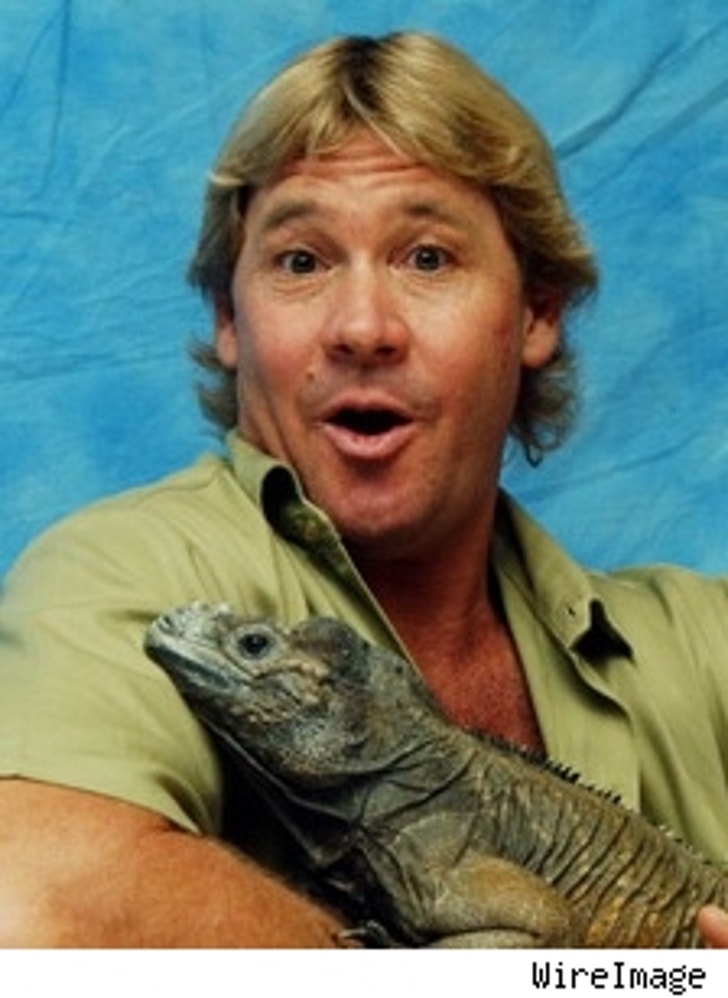 Steve Irwin, the Australian known to millions of fans worldwide as the Crocodile Hunter, died today after being stung by a stingray while filming off the Great Barrier Reef. He was 44.

Irwin was filming a segment for a show called "Ocean's Deadliest" when he swam on top of a stingray. The animals have a poisonous barb on the end of their tails, and the stingray's barb went through his ribcage and into his heart, killing him, according to his friend and colleague, John Stainton.

"The world has lost a great wildlife icon, a passionate conservationist and one of the proudest dads on the planet," Stainton told reporters. "He died doing what he loved best and left this world in a happy and peaceful state of mind. He would have said, 'Crocs Rule!'"

Famous for his Discovery Channel show "Crocodile Hunter" -- and his trademark exclamation, "Crikey!" -- Irwin was also known for being a conservationist. He leaves behind his American-born wife, Terri, who was often referred to as the "Crocodile Huntress," and two children, 8-year-old daughter Bindi Sue and his nearly 3-year-old son, Bob.

Prime Minister John Howard, who hand-picked Irwin to attend a gala barbecue to honor President Bush when he visited in 2003, said he was "shocked and distressed at Steve Irwin's sudden, untimely and freakish death."

"It's a huge loss to Australia," Howard said. "He was a wonderful character. He was a passionate environmentalist. He brought joy and entertainment and excitement to millions of people."

"Steve was one of these guys, we thought of him as invincible," wild animal expert Jack Hanna, director emeritus of the Columbus (Ohio) Zoo and Aquarium, told ABC's "Good Morning America" Monday.

News of Irwin's death spread quickly, and tributes to Irwin were put up far and wide. At Australia Zoo at Beerwah, south Queensland, floral tributes were dropped at the entrance. "Steve, from all God's creatures, thank you. Rest in peace," was written on one of the cards that accompanied a bouquet.