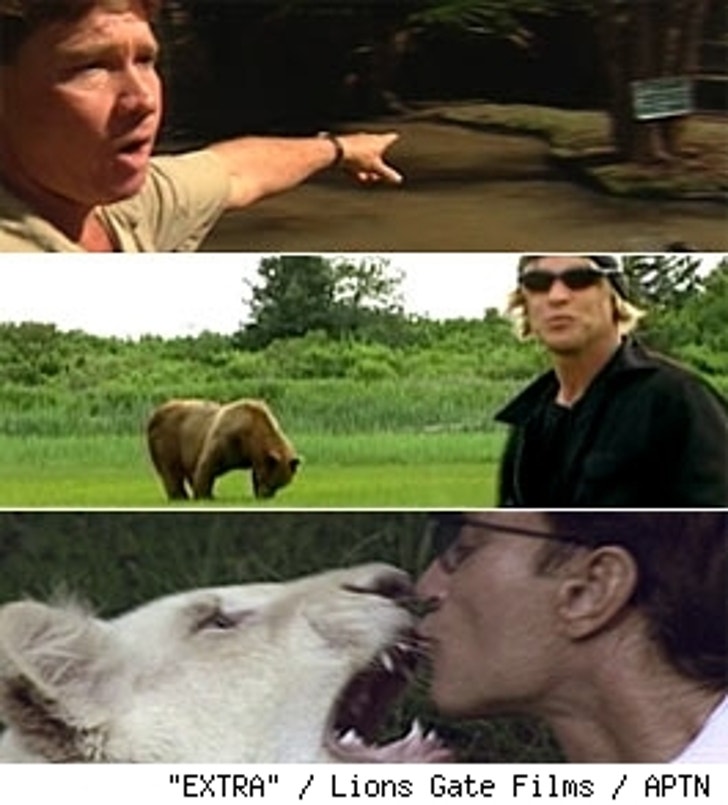 The sudden death of Steve "The Crocodile Hunter" Irwin marks the third time in three years a celebrity who performs with animals has been attacked on the job. Irwin was killed Monday, when a stingray's tail barb pierced a hole in his heart as he was shooting an underwater documentary off the coast of Queensland.

In 2003, magician Roy Horn of Siegfried & Roy barely escaped death when he was mauled by a white tiger named Montecore -- a show regular for years-- during a performance in Las Vegas. As with Irwin, Horn was well trained and the big cat was seemingly unprovoked.

Timothy Treadwell, a controversial wildlife activist also known as the Grizzly Man, spent 13 summers living among bears and filming in the Alaskan wilderness. Earlier this year, Treadwell was found dead and partially eaten by one of his beloved grizzlies at his campsite in Katmai National Park. His girlfriend, Amie Huguenard, was also killed.

Even in Hollywood, the stars are at risk. In 2001, Sharon Stone's husband Phil Bronstein was bitten on the foot by an Indonesian Komodo Dragon during a "private tour" of the Los Angeles Zoo. Bronstein nearly lost his toe in the attack.

Most recently, Paris Hilton was forced to visit a hospital emergency room when her pet Kinkajou bit her on the arm. The heiress was not badly hurt, but did receive a tetanus shot.

Most wild animal attacks are extremely rare and can be prevented. In fact, there have been less than 20 stingray deaths in Australia in the last 30 years.