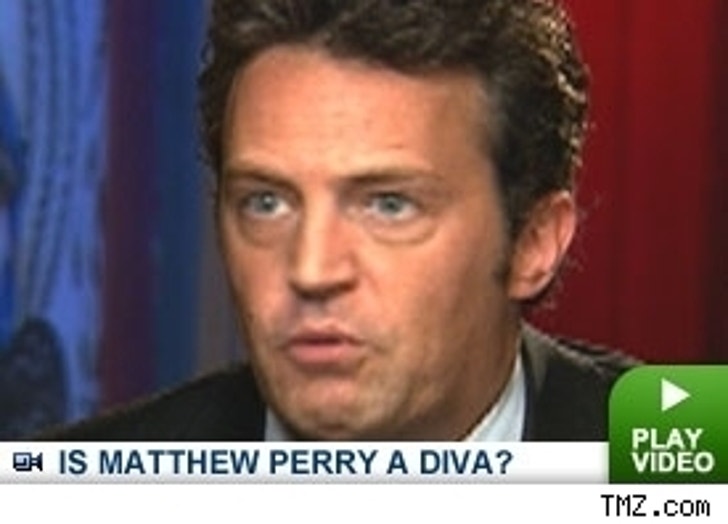 Matthew Perry appears to be all business when it comes to his new NBC drama "Studio 60 on the Sunset Strip." But just like a mighty mullet haircut, there's a raging party going on behind the scenes. In fact, co-star Bradley Whitford says Perry is constantly pushing the comedy envelope both on and off camera.

"We try to make fun of people as much as possible, but he is very very dangerously, pornographically funny."

Besides Perry's backstage humor, co-star Amanda Peete jokingly admits the actor's behavior is diva-esque saying, "He eats all the craft service food and doesn't leave anything for the crew or anyone else."

Catch all the stars in action when "Studio 60" debuts September 18th.