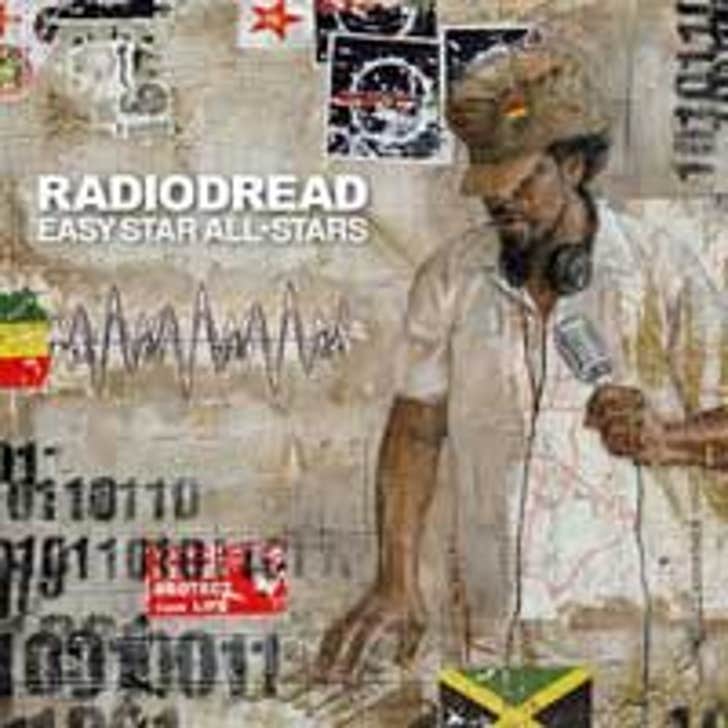 Have you ever listened to Radiohead's "OK Computer" -- widely regarded as one of the best album of the 1990s, if not all time -- and thought to yourself, "Man, this is good ... but it would be even better as a reggae album"? Well if you have, you're in luck!

The Easy Star All-Stars, who previously gave the reggae treatment to Pink Floyd with "Dub Side of the Moon," are back with their latest effort, "Radiodread." The album features such reggae stars as Toots and the Maytals and Citizen Cope doing "Let Down" and "Karma Police," respectively.

Executive producer and Easy Star Records CEO Eric Smith says, "Reggae has always tackled dark subject matter, but manages to do it in a way that still conveys hope at the bleakest moments. Radiohead's approach is similar."

Michael Goldwasser, who produced and arranged "Radiodread," says, "'OK Computer' has elements that are perfect -- strong melodies, intense dynamics and trippy soundscapes. On the other hand, it has complex time signatures, lots of chord changes and things that typically aren't found in reggae. However, the more we looked at it, the more we realized that this was an album we had to do."