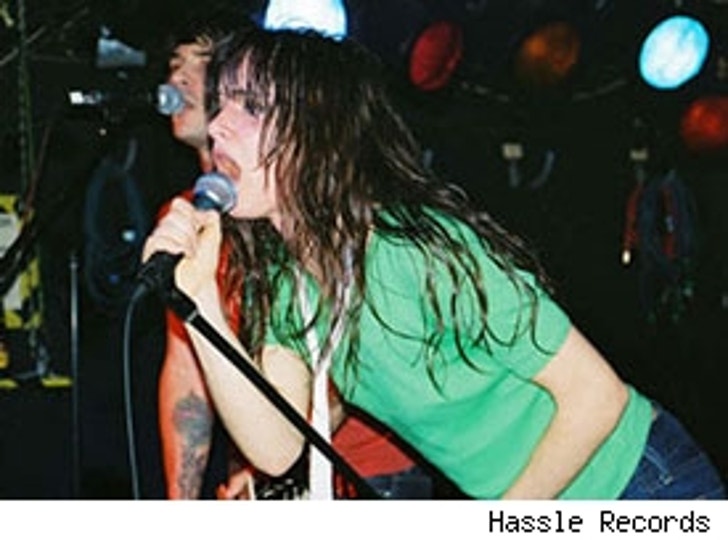 Juliette Lewis isn't just an actress. Like many folks in her profession, her talents reach beyond the silver screen. The star of such classics as "Cape Fear" and "Natural Born Killers" has been moonlighting with her band "Juliette and the Licks."

Unlike some celebs whose street cred stops with their publicist, Juliette has the backing of one of the world's biggest musical artists. Former drummer of the Nirvana and current frontman for Foo Fighters, Dave Grohl has joined the band as the session drummer for the recording of their second album "Four on the Floor."

Grohl had originally only planned to play on a few demos for the band, yet he was enjoying himself so much he stayed on for the entire album.

The album hits the street October 2nd in Europe.