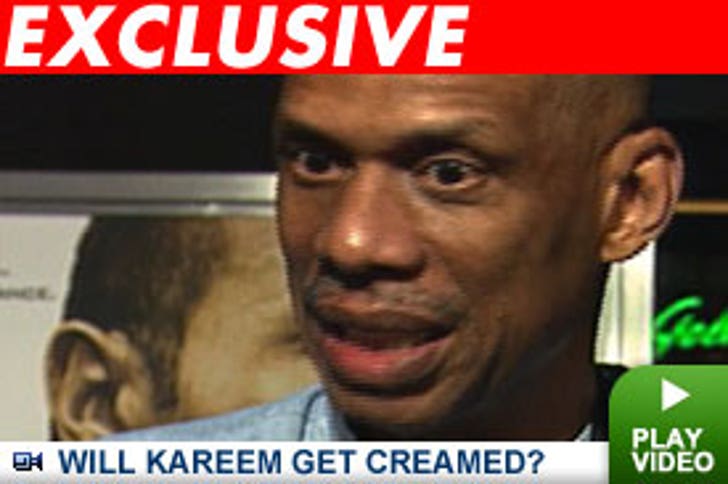 Kareem Abdul-Jabbar has been sued after allegedly firing a pregnant female employee. And now, that employee's mom is on the warpath.

Diana Broda claims Kareem canned her daughter in December 2005. The suit, filed Tuesday in Los Angeles Superior Court, alleges Broda's daughter was pregnant at the time and was "wrongfully terminated."

In an unusual twist, the employee (Broda's daughter) is not the one suing. Instead, Diana Broda claims she worked for a law firm that represented Abdul-Jabbar. Broda says she contacted Jabbar and his company Ain Jeem and threatened to file suit when her daughter was fired. Broda says Kareem and Ain Jeem then went on the attack, contacting the law firm where she worked, which promptly fired her.

Broda says before getting the ax, she was "an able-bodied individual," but since then she has been "rendered sick, sore, lame, disabled and disordered, both internally and externally."

Calls to Abdul-Jabbar and his company have not been returned.

Coincidentally, TMZ caught up with Kareem last night at the Hollywood premiere of "Gridiron Gang," where the basketball legend was making a push for the Make-A-Wish foundation. Rather than a charity, it's an ex-employee's mother who is now wishing to get beaucoup bucks from the former Lakers star.