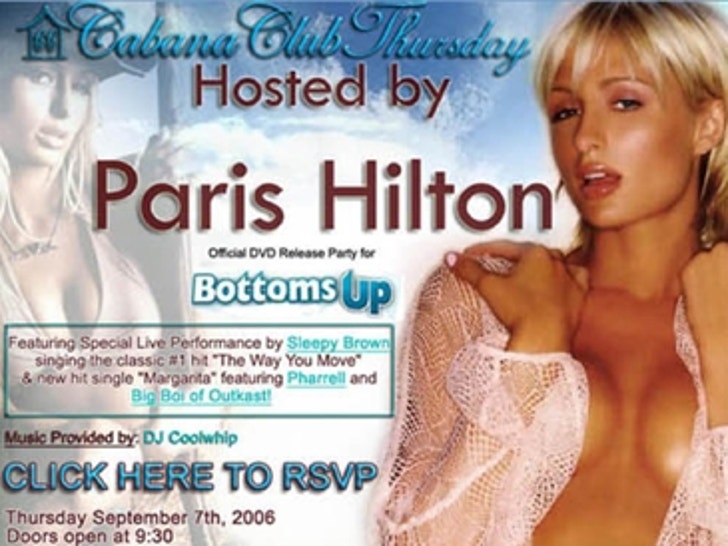 In the wake of her arrest for driving after having "one margarita" this morning, Paris Hilton is still scheduled to host a party Thursday night for the official release of her straight-to-DVD film "Bottoms Up." 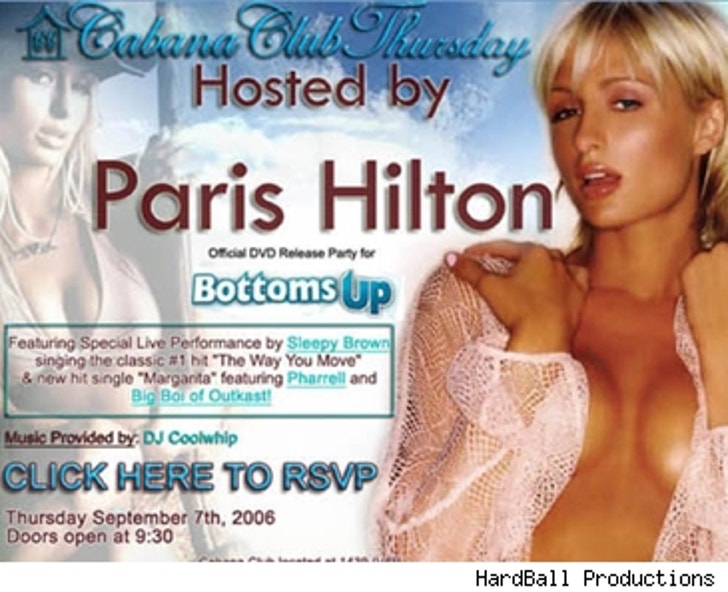 The event, co-hosted by her DVD co-star Jason Mewes, takes place at the Cabana Club in Hollywood.

Despite today's incident, a source at the Cabana Club told TMZ that the party is still on and Paris is still scheduled to appear.

Bottoms up Paris. But please, get a designated driver.