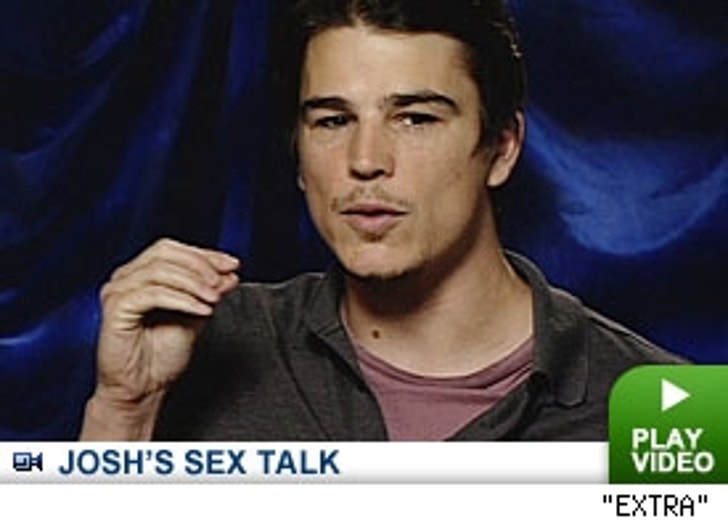 Movie buffs and perverts alike are chomping at the bit to see Josh Hartnett and Scarlett Johansson get down and dirty in "The Black Dahlia." But in a statement guaranteed to shock the majority of the male population, Hartnett says filming those sex scenes wasn't as easy as everyone thinks.

"It was very difficult for me," says Hartnett. "Those scenes are eternally awkward because you got a bunch of sweaty dudes sitting and watching you and you're just hoping to make it intimate, make it real."

Though the two are a couple off-camera, Hartnett was still a little hesitant about shooting the nude scene, which has already caused a stir at the Venice Film Festival. "Brian [DePalma, the director] didn't tell me about it until he'd shot a take ... and that take is in the movie and I'm like what are you doing man, you can't do that!"
"The Black Dahlia" opens September 15.