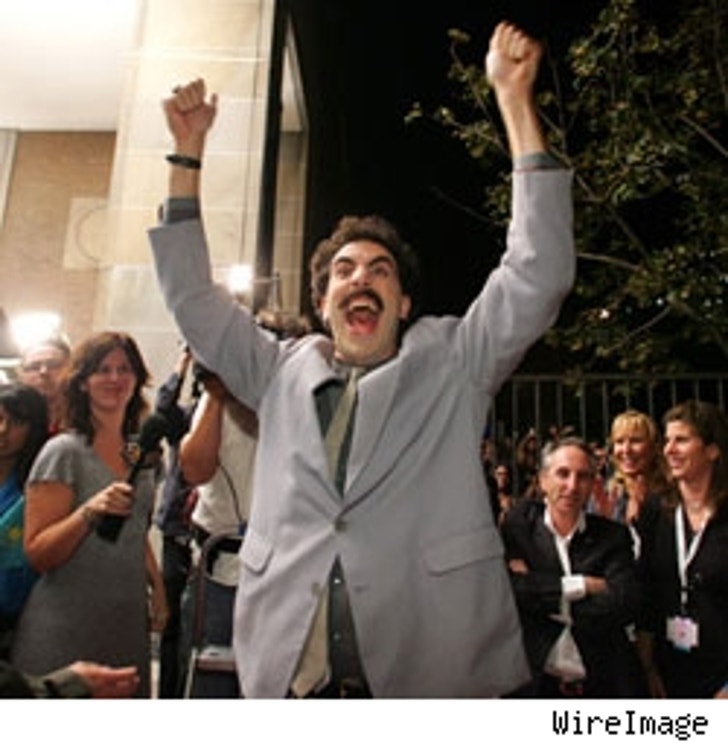 Every once in a while, we stop to marvel at the politics of Hollywood.

We're talking, of course,about Mike Judge's new satire, "Idiocracy," a $30 million film which Fox has unceremoniously dumped at the end of the summer with nary a bit of advertising or promotion.

So far, most of the coverage of its senseless burial has focused on what is the 21st century equivalent of sacrilege: Treating actual brands with disrespect on-screen. Admittedly, at Fox, that borders on the heretical: Last year's "Robots" lined up $100 million in promotional partnerships - which is to say about $25 million more than the movie actually cost to make.

As the U.K. paper "The Guardian" notes today,

Idiocracy isn't a masterpiece - Fox seems to have stiffed Judge on money at every stage - but it's endlessly funny, and my friends and I will be repeating certain lines for months (especially while eating), a sure sign of a cult hit. And word got out fast: I saw it last Saturday in a half-empty house. Two days later, same place, same show - packed-out. There's an audience for this movie, but its natural demographic barely knows it's out there."

What's so odd in all this is that Judge's movie might be risque, but certainly no more so than Larry Charles' new brilliantly titled (and brilliantly acted) film, " "Borat: Cultural Learnings of America for Make Benefit Glorious Nation of Kazakhstan" starring Sacha Baron Cohen, of "Ali G" fame.

"In one scene Borat insists on driving to California rather than flying, 'in case the Jews repeat their attack of 9/11.' As he tours the South, he becomes terrified when he learns that an elderly couple who run an inn are Jewish. When cockroaches crawl under the door of his room, he becomes convinced the innkeepers have transformed themselves into bugs, and throws money at them. In another scene Borat returns to his home village and participates in an annual ritual, 'The Running of the Jews,' complete with giant Jew puppets that the villagers beat with clubs."

Such satire is the stuff that keeps marketing departments awake at night, but its hardly unmanageable: "Borat" is getting a hefty push from Fox, unlike "Idiocracy" which hasn't screened for critics, has no print advertising, and is running on a handful of screens.

No, more likely is that Fox grew impatient with Judge after a June Esquire piece in which Fox was taken to task for meddling necessarily in the film's marketing. It contained lines like this one:

"...watching this hero of the wage-slave class acquiesce is a confusing and sad sight; after all, if the guy who made Office Space has to kowtow to his shithead boss, what hope is there for the rest of us?"

That couldn't have made life easier for Judge, who to hear talent agents speculate argued with, and plainly, lost, a battle with Fox chairman Tom Rothman over the ribald and iconoclastic content of the movie. Privately though, Fox insiders insist the decision to abandon ship came from the marketing department, not the production side.

Whatever the case, Judge isn't talking, and calls to Fox went unreturned at deadline.