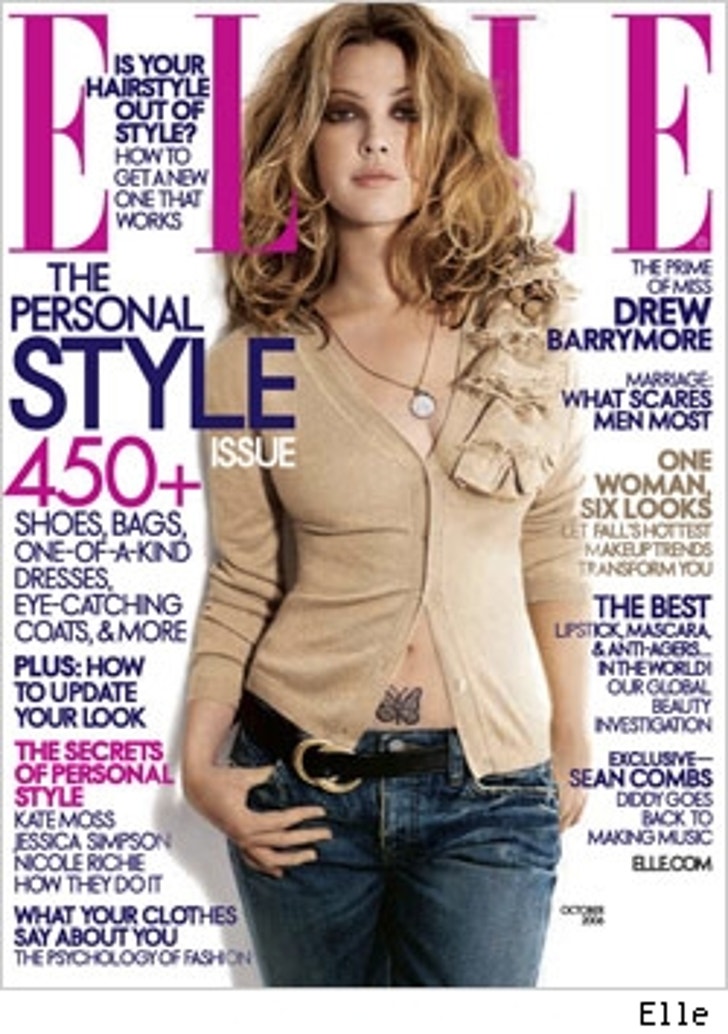 As part of Hollywood royalty, Drew Barrymore can have virtually anything she wants. But what she wants may surprise you.

Drew tells the October issue of Elle magazine, "I want to be terrified. I really want to do what I think I'm going to f--king fail at miserably."

Well, in her new movie "Lucky You," Drew gets to do what she has feared for most of her adult life -- sing.

Drew's phobia stems from being the only cast member in Woody Allen's 1996 musical "Everybody Says I Love You" to be dubbed. An incident which Drew says "was really an unfortunate incident in my life."

For her latest role, the 31-year-old worked with a vocal coach for five months to play a Vegas lounge singer opposite Eric Bana. Having a boyfriend who just happens to be the drummer in The Strokes (Fabrizio Moretti) probably didn't hurt her musical abilities either.

In the article, Barrymore also opens up about recently losing 20 pounds, which she says has made her "more confident and adventurous" with her outfit choices.

And despite her sometimes questionable fashion risks, Drew says "I don' t regret those moments because they're kind of what define you."

Whether talking about fashion, singing or anything else, that's an attitude worth phoning home about!