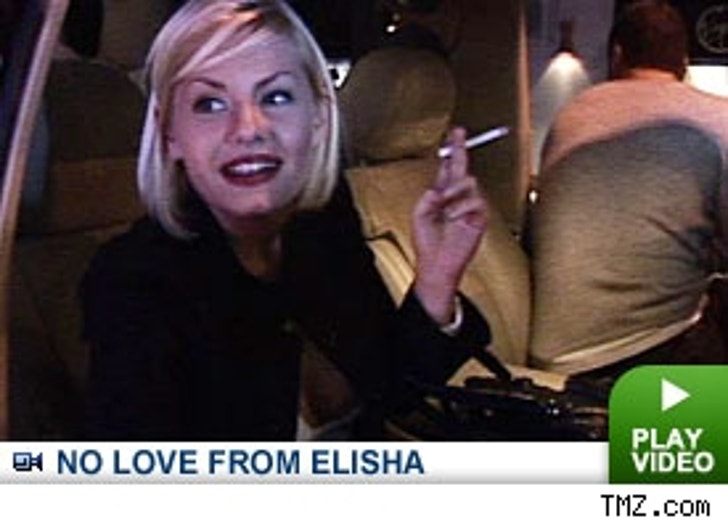 Elisha Cuthbert has made a career out of being sexy, but don't remind her!!

Outside of Hyde nightclub in Hollywood, one autograph hunter was denied the "24" star's John Hancock because his picture was not to her liking -- it was semi-nude and out of date.

The autograph seeker defended himself to the blonde vixen as she made her way out of the club saying, "Last week you said the other photos were ugly so I made that one photo, I didn't know."

"If you're gonna sell 'em, I want them to be good," Cuthbert shot back, "That was 'The Girl Next Door', it's been a few years now."

The autograph hunter went a step further, joking he'd bring a contact sheet next time so she could pick the photos she'd sign, to which Cuthbert replied, "Yeah, we'll set up a meeting."