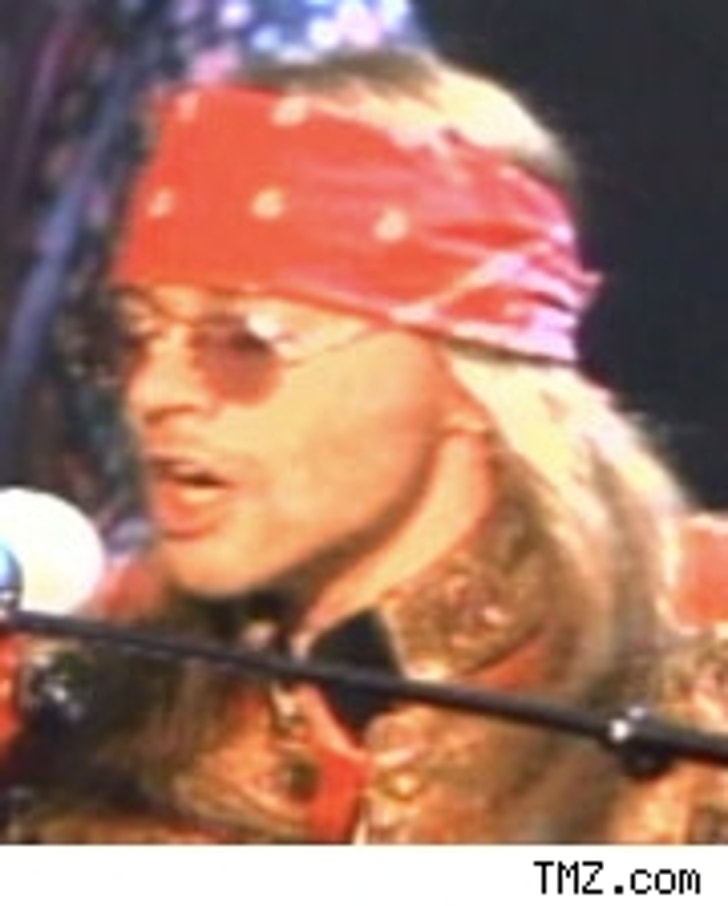 The new Guns "N Roses record "Chinese Democracy" has been a work in progress for nearly 7 years. According to our man Scott over at Stereogum, Axl's manager first unveiled plans for the record way back in November of 1999 and said the record would be out in 2000. Year after year went by and no record. This year, we at least have seen some concerts and more Axl sightings, including his awkward appearance at the VMAs last month. But, still no record.

We're now hearing that Axl promises to get the record finished by the end of this year. As the Farkers would say, pigs all over the world are getting ready to fly if that actually happens. Regardless of the actual release date, Axl is quoted as telling New York magazine that the record won't go out until he feels it is truly ready to be sold to fans:

"It's not about being a control freak," he said. "It's about being maybe smart enough to go, 'No, that's a bad idea.' That's all it's about - keeping the ability to at least have a shot as opposed to something that's just an obvious disaster. I want to make a good record. I don't want to throw a brick. This cannot be Shaq at the free-throw line."

Ouch no reason to slam Shaq! Seriously though, If Axl wanted to make a good record, he really should have sent his old pal Slash a holiday card. Of course, you do have to respect Axl for not rushing something to market before it is ready. Maybe K-Fed can take a lesson...