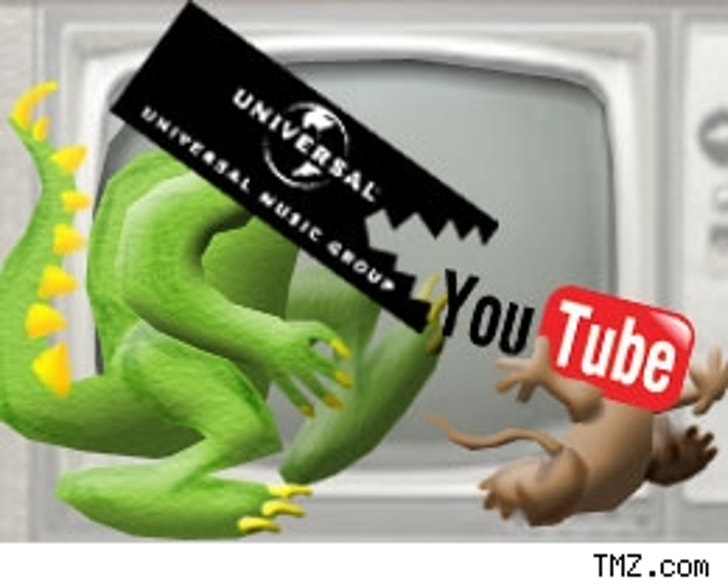 According to an article in today's New York Post, Universal CEO Doug Morris reportedly sent a serious threat in YouTube's direction: pay up or take down our music videos. Morris apparently believes that YouTube and similar video sites owes his employer "tens of millions of dollars." He went on to complain about the big record company's decision nearly 25 years ago to give free videos to MTV in exchange for MTV promoting the videos and record label artists on their channel. (yes, MTV used to play videos!). Apparently those dudes in suits at the labels had no clue that MTV would make money, like any other television show or network, by selling advertising that would be shown in between the videos. Hello? What did they think was going to happen?

Now, all these years later the labels see themselves lapped and out brainstormed again by a bunch of young upstarts at YouTube and other video sites. So, rather than innovate themselves, they want to take their ball and go home - or horn in on someone else's good idea, even when that idea is giving the labels more free publicity. Heck, with YouTube's traffic numbers they could actually charge for videos to be featured. I'm told by a high powered PR person that MySpace charges record labels a pretty penny for bands to be "featured" on the MySpace home page. Perhaps YouTube should do the same thing?

Letting YouTube show the videos is a win-win. YouTube has the audience these guys are trying to reach. YouTube could - and now perhaps should - charge the labels to reach that audience. Instead of bickering in court, the labels should be happy for the current deal where YouTube gets to show the videos in exchange for the labels getting free publicity before YouTube's very large audience. If it's a good video for a good song many of us will likely go buy the record or single. Apparently, free publicity isn't enough for these folks. And, they wonder why they keep getting out innovated by entrepreneurs when it comes to technology and marketing. YouTube should even consider starting their own label and compete directly. They've got the audience and the cash. They could link with iTunes or another vendor and have a link right there next to the video to purchase the song or disc. If someone at YouTube is paying attention, the big dinosaur labels could find themselves with more to worry about then just alleged copyright issues.