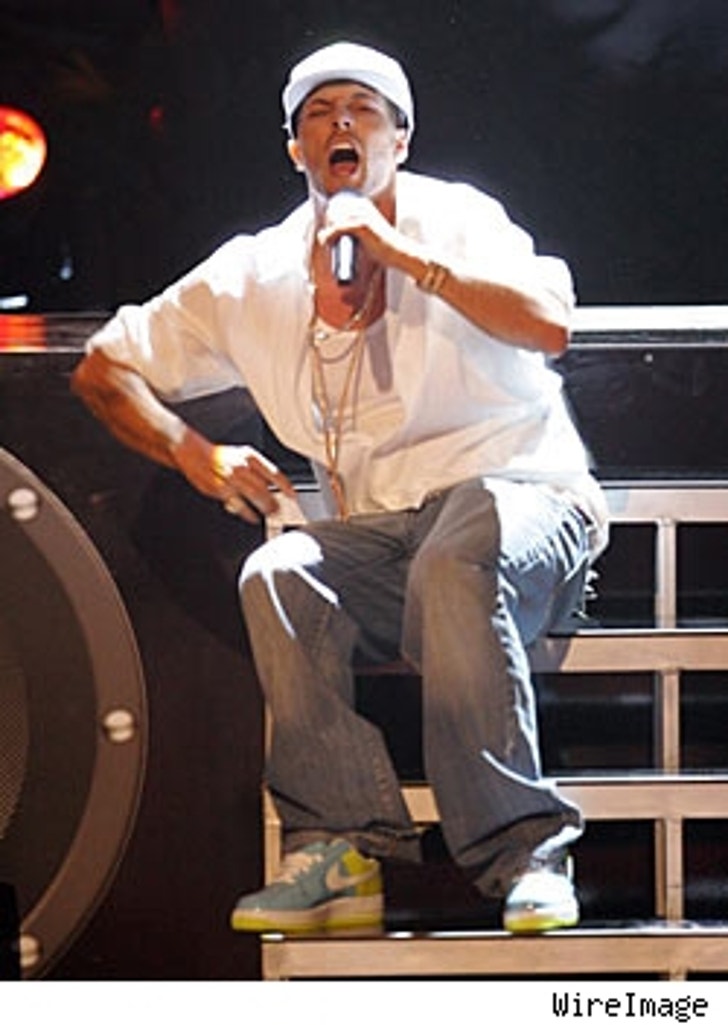 In an effort to boost early sales for his new record, Keven Federline's PR people have come up with the brilliant idea to give away the sneakers he wore for his, ahem, "performance" at the Teen Choice Awards. All you have to do to enter for that lovely prize is to buy the record in their pre-sale.

Being crafty marketing pros the K-Fed flacks have also acquired additional giveaways for those charitable enough to cough up some bucks. In fact, the sneaks aren't even the Grand Prize. By pre-ordering you are entered to win a Grand Prize Trip for two to LA for two nights to attend K-Fed's Halloween album release party, hosted by Britney herself. That's right ya'll, the whole clan may be out in full force for this one. That'd be an interesting night to be a fly on the wall, but I'm still thinking about those shoes...what would you actually do with them if you won? He are my suggestions...

Top Five Things You Could Do With K-Fed's used, smelly kicks:

5. Save them for Baby Suri for when she's old enough to run away from home.

4. Rock them next time you hit Wal-Mart for the K-Fed fan club meeting

3. Christmas present to your creepy uncle with the foot fetish

2. Donate them to them Department of Homeland Security to fight terrorism, talk about weapons of mass destruction!

1. Give them to Lindsay Lohan's driver because they may be the only thing more pungent than this.

Now, we just need a list for those buying the record...