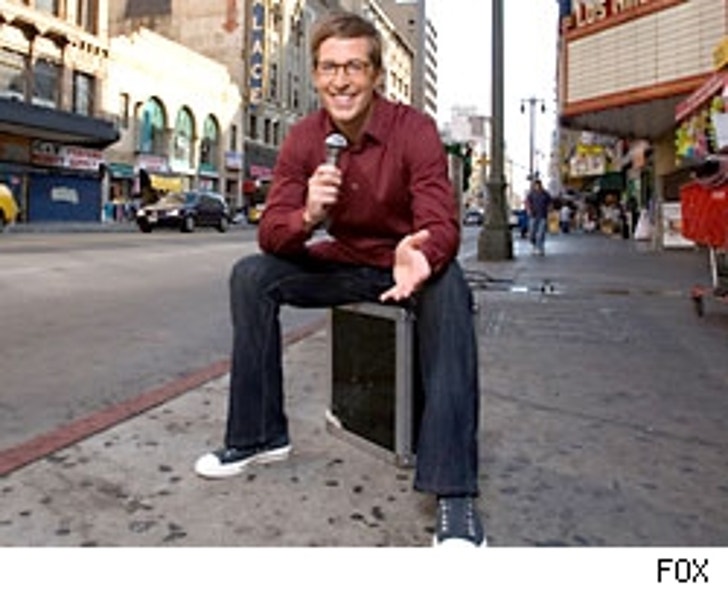 Emmy-nominated writer Spike Feresten is coming to late-night with his new series, "Talkshow With Spike Feresten." The show, which claims to "boldly goes where other talk shows have gone before, only faster" airs Saturday nights at midnight on FOX.

Feresten, whose writing credits include "Seinfeld" and "The Late Show with David Letterman," will do away with the traditional monologue, feature comedy in every act, and use the show's guests in unpredictable ways.

In this sneak peek, a sketch entitled "Idiot Paparazzi," a group of shutterbugs go around Los Angeles looking for celebs in all the wrong places.

"Talkshow With Spike Feresten" premieres tonight at midnight on FOX.