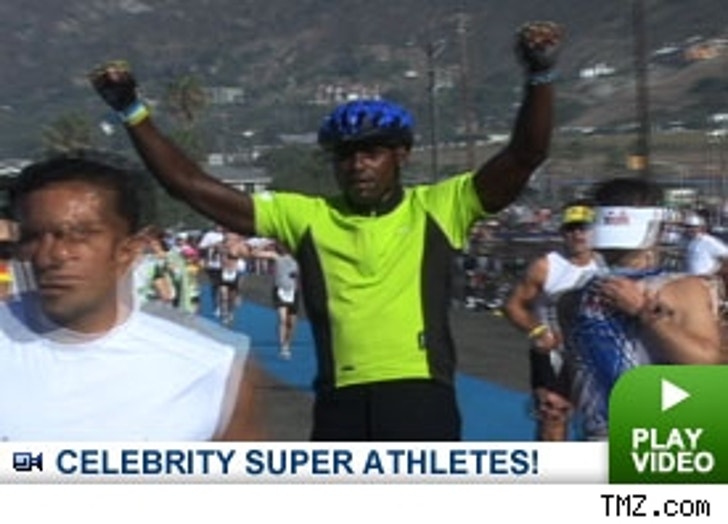 The 20th Annual Nautica Malibu Triathlon was held this Sunday and TMZ was there for all the action. The event, which sells out four months in advance, benefits the Elizabeth Glaser Pediatric AIDS Foundation. Celebrities and 2000 super-athletes hit Zuma Beach to swim, bike, and run- for a good cause.

TMZ caught up with Brooke Burke, Jon Cryer, and David Duchovney
as they stormed the beach in support the event. We also spotted A-list Hollywood couple Felicity Huffman and William H. Macy who were out for some quality time. The boys from NYPD Blue took home gold in the men's relay event. 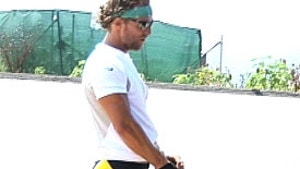