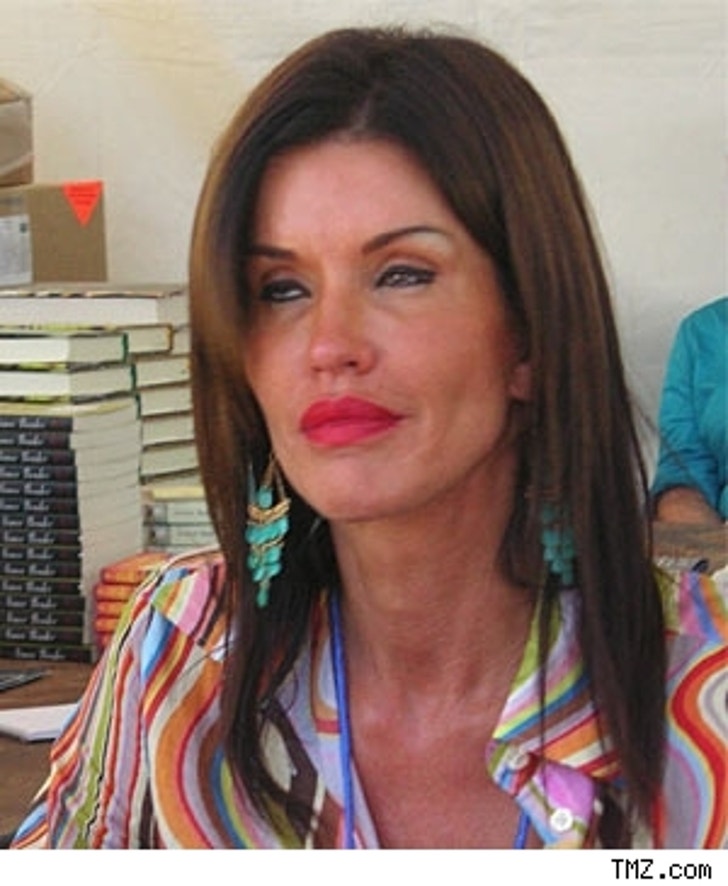 Janice Dickinson was out plugging her latest tell-all "Check, Please!: Dating, Mating, and Extricating" at the West Hollywood Book Fair on Sunday, where she also gave crass commentary on everything from Omarosa to "Top Model."

During a Q+A section, Dickinson revealed that the "only reason" she appeared on VH1's "Surreal Life" was because she needed the money to send her daughter to private school.

Janice, who was involved in many heated confrontations with "The Apprentice's" Omarosa, admits prior to the show she had no idea who Omarosa was and that the first time she laid eyes on her she "thought she was Rick James."

As far as her time on "America's Next Top Model," Janice had some harsh words for her fellow judges.

The outspoken self-professed "world's first supermodel" questioned photographer Nigel Barker's credentials stating that prior to the show he was a "photographer for the gay rags, not Vogue." She called stylist Nolé Marin "a fluffer for the gay rags" and feels that Jay Alexander teaches the contestants "to walk like Clydesdales."

Regarding Tyra Banks, Janice finally answered the age-old question of: wig or weave, by revealing without hesitation "weave!"

Despite being previously fired from the show, Janice said she will make guest appearances on "Top Model" this season.

But with these latest statements she may want to check to see if she's still in the running!