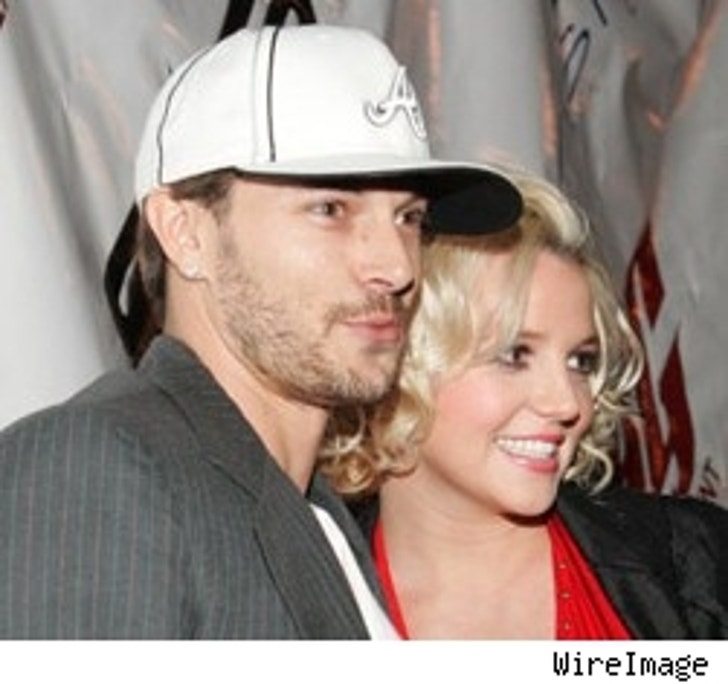 He's not even a week old and barely home from the hospital, but Sutton Pierce Federline, which is reportedly the name of Britney Spears' and Kevin Federline's newest addition, already has a website devoted to him -- or at least his name.

The domain name suttonpiercefederline.com was registered last Wednesday afternoon, just one day after the baby was born in Los Angeles, and several days before the name was widely circulated this weekend. Gossip gangsta PerezHilton.com reported that the name was to be named Sutton Pierce the day after the birth.

So who snapped up the domain with such dispatch? An entertainment company called Mabam! Entertainment registered the site (as well as variants like suttonfederline.com and suttonpiercefederline.net), though it's not entirely clear why -- TMZ's multiple calls to Mabam!, which is based in Studio City, Calif., were not returned. Mabam! was founded and is run by an LA -based writer-director by the name of Maeyen Bassey, and her professional bio and website do not betray any connection with the baby's parents.

The Spears-Federlines clearly didn't follow the lead of recent celebrity-baby parents Brad Pitt and Angelina Jolie, whose lawyers at high-powered entertainment firm Lavely & Singer registered several permuations of their baby Shiloh Nouvel Jolie-Pitt's name on the Internet. For the record, Tom Cruise and Katie Holmes also let their baby's name float into the cyber-ether, with the result that suricruise.com is owned by someone named Oren Gold of Goldfinger Productions. That baby's eponymous site had once had a countdown clock to Suri's 18th birthday, but now the address goes nowhere.