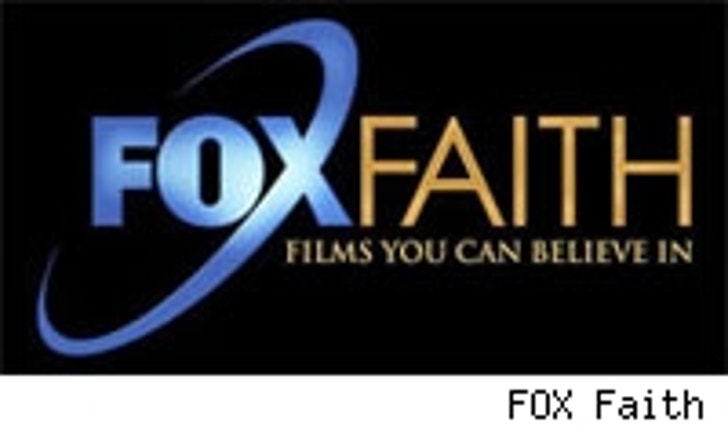 As it happens, last night, I was on a panel with Lorenza Muñoz at the University of Southern California's Annenberg School of Communication.

Little did I know that 'Exhibit A' in last night's discussion would be on page one of the L.A. Times today: An official announcement about a change in tactics for FoxFaith, a not-so-new division that last year made $200 million last year hawking direct-to-video films that can be loosely-described as 'Christian-friendly.'

"The home entertainment division of Rupert Murdoch's movie studio plans to produce as many as a dozen films a year under a banner called FoxFaith. At least six of those films will be released in theaters under an agreement with two of the nation's largest chains, AMC Theatres and Carmike Cinemas...(B)ased on Christian bestsellers, [the films] will have small budgets of less than $5 million each, compared with the $60-million average. The movies each will be backed by $5-million marketing campaigns. Although that is skimpy compared with the $36 million Hollywood spends to market the average movie, the budget is significant for targeting a niche audience, especially one as fervent as many evangelical Christians."

Let me now offer the TMZ take: If America has been, demographically speaking, 85% Christian for over a century, why haven't Hollywood's studios made films with Christian themes? The short answer is that, generally speaking, Hollywood studios "Christian" films get crucified by the critics and die horribly at the box office.

The reason for this is actually more complicated that one might think. Sure, evangelicals find plenty about Hollywood to be offensive and therefore are more inclined to use DVDs over pay cable or movie theaters.

Even so, there seems to be a fundamental misunderstanding of what drives evangelical Christians to and from the movies.

You might think it's foul language, but when I recently spoke to Jonathan Bock, the founder of Christian marketing firm Grace Hill Media, his answer surprised me: "It's the widespread use of 'goddamn it'-s and 'Jesus Christ!"-s as imprecations, rather than the use of the more scatological or anatomical curses that have evangelicals staying away in droves from the local multiplex.

It's worth noting that Sony's efforts to penetrate the family (read: Christian) market theatrically went down in flames: It's Sony Family Entertainment shuttered four years ago, and it now focuses its efforts solely on the straight-to-DVD business in a joint venture with a Christian DVD company. We fully expect that's where it will remain. By and large, evangelical Christians embrace films that portray the world as it should be, rather than how it is. As Bock sees it, the lack of on-screen tension resulting from temptation and sin usually mean most Christan films actually have more in common with porn than popcorn: Bad acting, horrible production values and an ending that you can see coming a mile away. That's not a recipe for theatrical success, because while evangelicals will tolerate such shortcomings in a $3.50 DVD rental, they won't pay $50 on snacks and tickets to take their family to see it in a theater.

Meanwhile, it's odd that Fox is sticking with the label FoxFaith, when it clearly should be called FoxJesus: The studio seems to have no plans whatsoever to release films about other faith experiences, like, say, the world's 1 billion Hindus, or its 1.2 billion Muslims.

Presumably, evangelical Christians are already getting their fill of Islam on Fox News Channel.