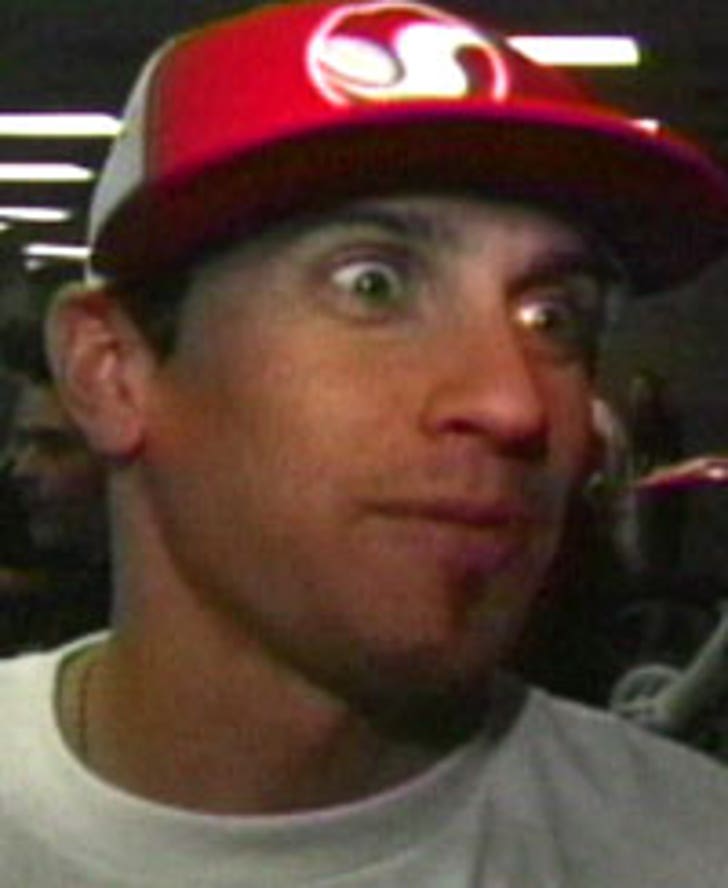 Pro motorcycle rider, husband of P!nk and tattoo parlor owner Carey Hart is being sued by his business partner John Huntington for refusing to pay him what Huntington says he is owed when Hart bought him out of their Vegas tattoo business.

According to the lawsuit, first obtained by WENN, Huntington had a 48% stake in Hart & Huntington, the company that owns and operates the famous Hart & Huntington tattoo parlor in the Palms Resort and Casino in Las Vegas. The parlor is featured on the A&E show "Inked" and is one of the most popular attractions in the casino.

Huntington says in court documents he sold his interest in the business that bore his name to Hart in January 2005 and was promised 5% of the profits after the sale. Huntington says Hart did make payments to him, pursuant to their agreement, until July 2005, but alleges that Hart "misrepresented the true amount of sales," and he is therefore entitled to more money.

He also says that since August 2005 he has not received a dime. Furthermore, Huntington claims Hart has failed to hand over the business' financial records which would prove his claims.

Huntington claims the parlor's business has increased dramatically since the company was featured on "Inked" and says he is entitled to damages in excess of $10,000, plus interest.

Hart's lawyer says the lawsuit "absolutely and unequivocally frivolous." He adds they they "look forward to prevailing on the merits in court."