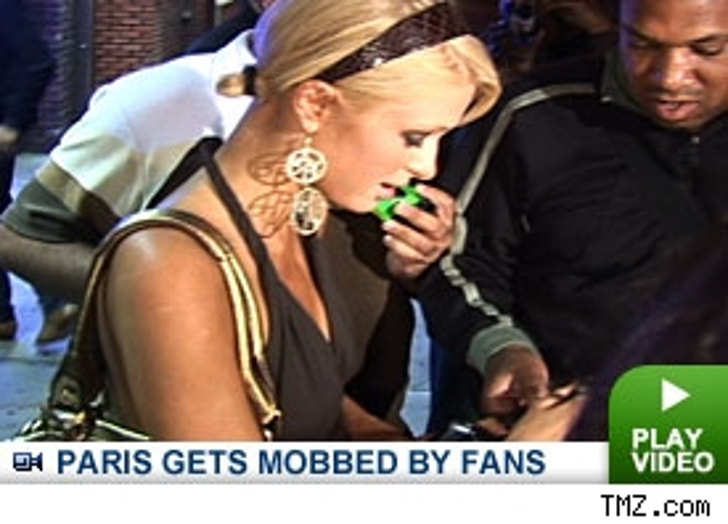 TMZ was all over the place on Monday night, kicking the night off at the launch party for the CW Network where we ran into a few of the network's key players. Tyra Banks was on hand looking stunning, making her usual rounds for her hit television show "Americas Next Top Model." We also spotted "Smallville" hunk Tom Welling and the star of "Veronica Mars," Veronica Mars herself Kristen Bell.

From there it was off to Paris Hilton's home away from home, Hyde, the Hollywood hotspot that's visited by the future pop icon on what seems to be a daily basis. Paris was with her usual gang (sister Nicky and Brandon Davis) and was seen leaving-- but not before stopping to give her fans a few autographs.

We then stopped by Shag, another one of Hollywood's hottest clubs, and found MTV's very own Nick Cannon and Lil' Jon, who gave TMZ's Josh Levine a quick free style show.