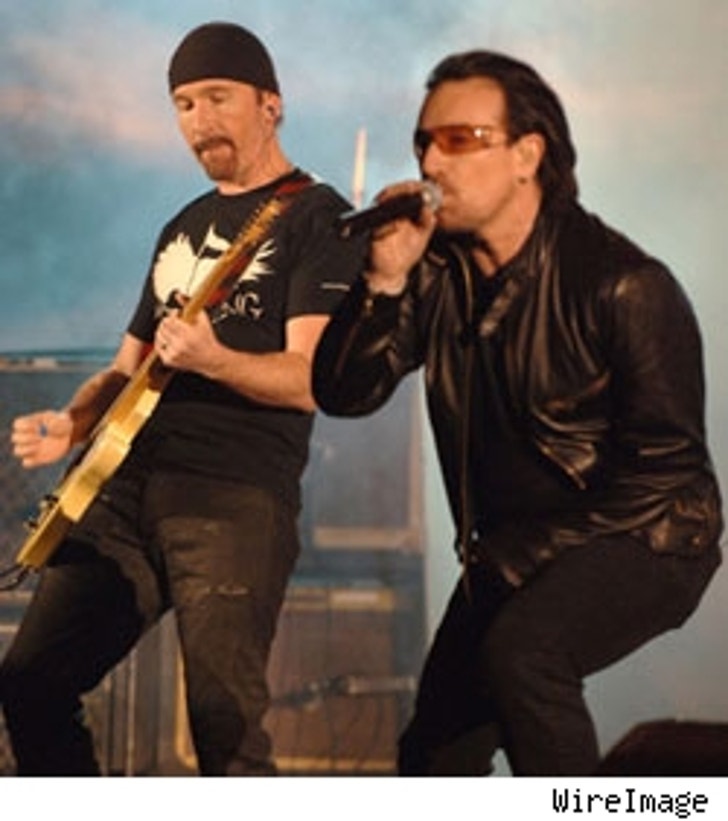 U2 has never been a band to rest on their laurels. In addition to spending lots of time with über-producer Rick Rubin working on their next record, the band has been busy with some other side projects. The most unexpected of which is their very own coffee table book. While it probably won't be as funny as Kramer's coffee table book about coffee tables from Seinfeld, the Edge at least thinks it'll be informative - even beyond learning he had a really big head during what he tells Time Magazine was his "awkward phase." The book will contain old photos and anecdotes from the band's evolution from local punk wannabees to international superstars.

In addition to promoting their book, the lads will play at the Superdome next Monday night to celebrate the New Orleans' return to the Superdome for their first game since Hurricane Katrina devastated the area. Teaming up with their pals in Green Day, they've redone a classic punk song from the Scottish band the Skids and beyond playing it live, will release it as a fund raising single for the Music Rising charity that aims to help out Gulf area musicians. I can't wait to see this collaboration! And, more importantly, there's much work to be done down in that area and helping revive the cultural contributions the area musicians make will go along way to lifting the spirits of those still rebuilding. Both the exclusive Music Rising charity track and select exclusive footage from the performance will be available for a limited time via Rhapsody music.