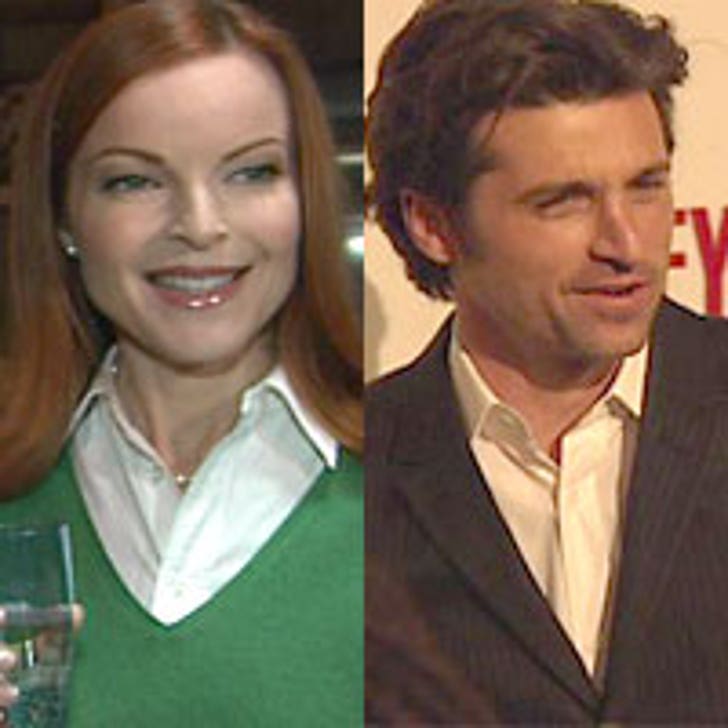 For the love of Mary-Kate and Ashley what is going on in Hollywood? According to our friends over at Celebrity Baby Blog, six celebrity couples are currently expecting twins. SIX!!!

Us Weekly reported this week that "Desperate Housewives" star Marcia Cross was expecting twins with her new hubby, Tom Mahoney. Cross is due in April.

She's just the latest the reveal she's expecting double the baby, double the fun. "Grey's Anatomy" star Patrick Dempsey is expecting two McBabies with his wife. They already have a daughter Tallulah, 4.

Diddy and his girlfriend, Kim Porter, are expecting a pair of girls, Melissa Etheridge and Tammy Lynn Michaels are expecting a boy and a girl, Elvis Costello and Diana Krall are having twins in December, and Strokes guitarist Nick Valensi and his wife Amanda de Cadenet are due as well.

And this doesn't even include the set of Irish twins Britney just had.