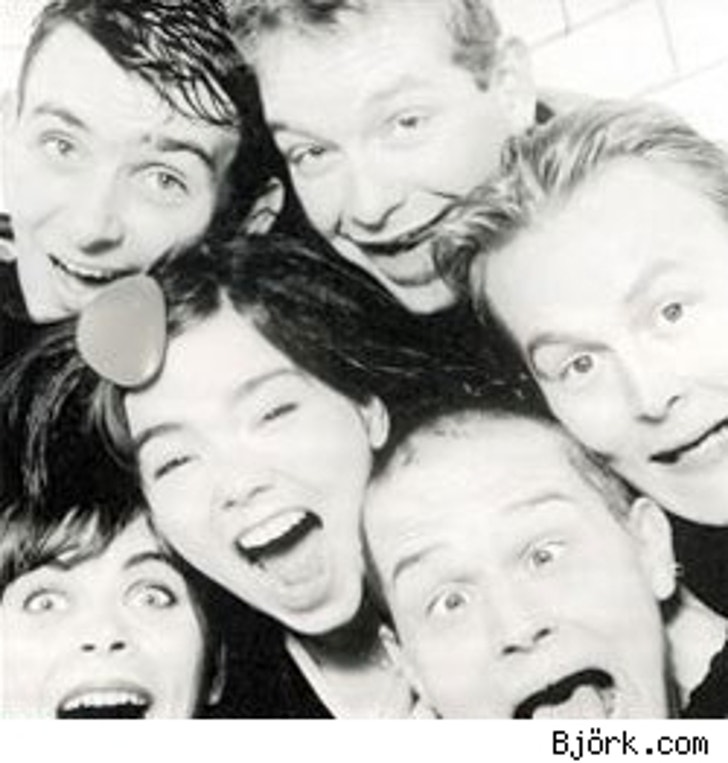 If you're anything like the TMZ staff, you fell in love with the Sugarcubes when they released their hit song "Hit". Then Icelandic fairy Björk started her solo career and the Sugarcubes were no more.

If only, you think, you had seen the band before they broke up. Well, now's your chance. The reformed Sugarcubes along with Björk are putting on a 20th anniversary concert celebrating the release of their first album "Birthday" in Reykjavik on November 17th. This will be the first time in 14 years the band has performed together.

All profits from the show go to Smekkleysa SM, (don't ask us how to pronounce it) the record label the band created. The label has released albums by other renowned Icelandic bands like Gus Gus and Sigur Ros. According to Björk's website, the money will be used to allow the label to " continue to work on a non-profit basis for the future betterment of Icelandic music and artist."

Here's the best part, Icelandic Air has a travel package that includes airline ticket and concert ticket. So now there's no excuse to miss the show. Maybe the TMZ staff can get a group discount.