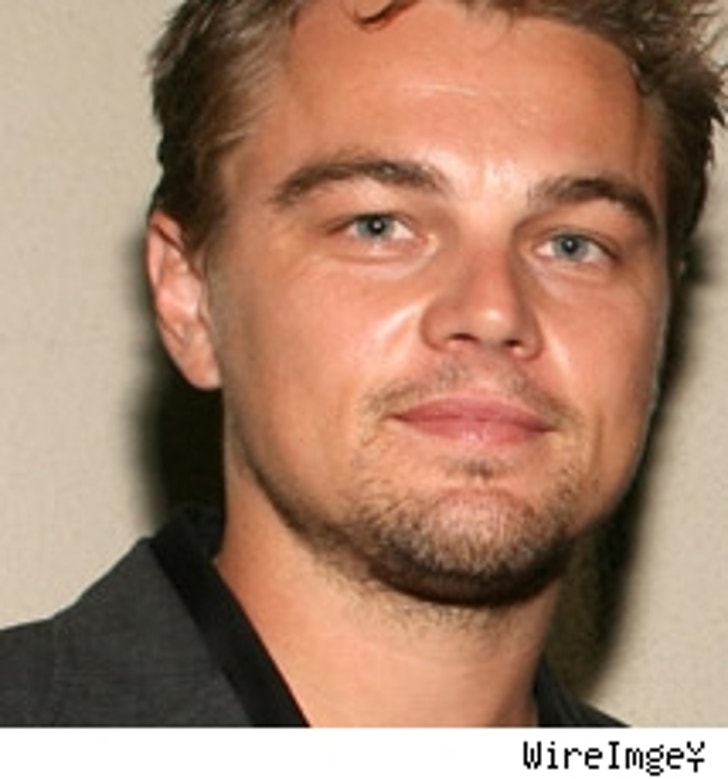 Breaking News: Here's a thought. Try working for an actual Hollywood patron before you next kvetch about the stress of working on your overseer's cubicle plantation.

They might work for companies with obscure names, like Clyde is Hungry, or Saturn Films, but if we told you their bosses' names, you'd get it immediately: Saturn, of course, is Nicolas Cage's production company, run by Norm Golightly. Type A Films might not mean anything to you, but in Hollywood, you're talking about Reese Witherspoon's production company, headed by Jennifer Simpson.

And, of course, there's Bradford Simpson, who until today was the head of Leonardo DiCaprio's Warner Bros.-based production company, Appian Way.

Simpson is a well-regarded guy, who was lured to Hollywood after working as the head of production of the doyenne of indie film, Christine Vachon, and her New York-based Killer Films.

Having relocated, Simpson was charged with finding those quirky, interesting movies that the studios just don't usually make anymore for leading men with a brain. (He'd previously served as an associate producer on Kim Peirce's "Boys Don't Cry" and a co-producer on Todd Haynes excellent "Far From Heaven.") Appian made headlines over the summer by developing a movie for Leo about acid guru Timothy Leary, hiring playwright Craig Lucas ("The Dying Gaul") and Leary archivist Michael Horowitz to develop the screenplay. But part of the problem was that that deal came about because of Leo's dad, George, the underground comic book guru and longtime friend of Leary's. In short, lots of interesting stuff is in development, but little has come to fruition under Simpson.

Who's at fault for this?

In four years, DiCaprio has made three pictures with one director: Martin Scorsese. His next film, "Blood Diamonds" for director Ed Zwick ("The Last Samurai") was something that Zwick and Warners had kicked around for years - not an Appian Way production at all. But it would be a little unfair to call DiCaprio a capitalist pig only interested in big paydays: Leo cut his fee substantially on three of his last four pictures to make them happen.

On the other hand, superstars' producing partners also have to gingerly negotiate some tricky waters every day: Get close to your star, and interest them in doing your homegrown projects, but not so close that you threaten the agents and managers who make such a fine living putting the big star into big paydays. ("Blood Diamonds" is said to have cost Warner Bros. some $100 million.) It can make getting things done challenging to say the least.

It's not clear whether Simpson sensed he was about to be pushed out by Leo's team for not making rain, or tired of waiting for Leo to become available, but one thing appear for certain: Now Brad's become "The Departed."

Calls to Simpson were not returned at deadline.