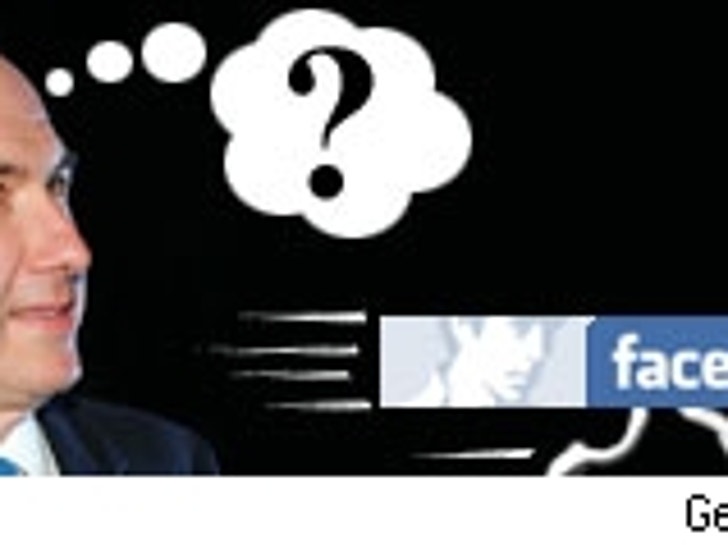 For the second time this month, Viacom appears to have either stepped aside or been edged out of bidding on a hot techie website - the sort of misstep that apparently got the last CEO, Tom Freston, fired. (The first came just two weeks ago, when News Corporation scooped up ring-tone giant Jamba.)

Per the Wall Street Journal today, news comes that Facebook is engaged in some heavy petting with Yahoo!, with the No. 2 search company said to be offering a billion dollars.

Keep in mind, two years ago, this company was being run by a Harvard undergrad who was just trying to get laid.

Considering this: MySpace just added its hundred millionth registered user, which is probably why, per the Journal, a recent advertising alignment with Google will haul in a dizzying amount of free cash flow:

"In August, Google guaranteed MySpace and some other News Corp. sites a minimum of $900 million in ad revenue over the next three and a half years."

Facebook made a similar deal after aborting talks with Yahoo! earlier in the year. It's haul? $200 million over three years. Which is not bad considering it gets five times fewer unique users a month.

The question is, why is Viacom passing on this? MySpace has already conquered the U.S., the U.K. and Australia. Yesterday, news came that it's headed to China. The Viacom media hydra had had talks with Facebook earlier in the year, but they broke off.

Isn't this that trophy that newly installed Viacom CEO Phillipe Dauman was never supposed to miss out on?