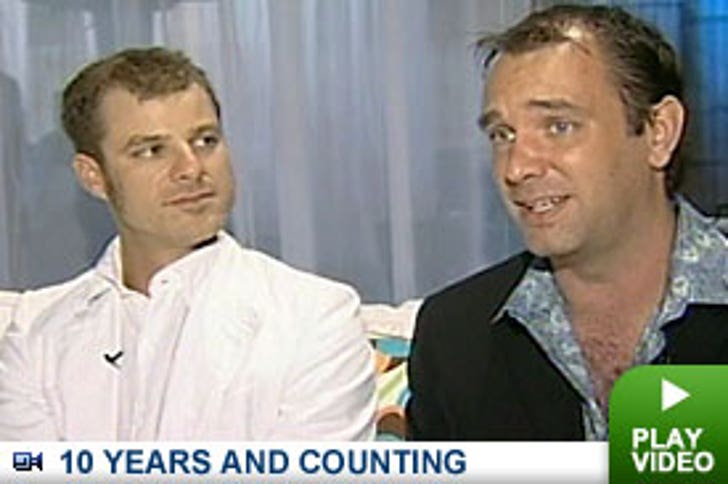 It's hard to believe that it has been 10 years since "South Park" burst on the scene with their underground "Spirit of Christmas" video. Last night, Comedy Central celebrated the decade of comedy with a shindig in West Hollywood.

"I remember when we started the show, we had an order for six episodes, and we're like, 'This is great because when we're older we'll always have these six shows. You know, we'll always have these six episodes to show to our kids and stuff," Parker said. "And, it was actually Brian Graden who told us, 'I think someday these will be six of 100.' And we're like, 'You're crazy. There's no way.' And we're up to 150-something."

Parker also said he thinks the show always takes on its subjects from a very positive point of view: "We're not laughing at people, we're laughing with joy, and that what we want. We want 'South Park' to be that show that [says], 'Can't we all relax and isn't this all kind of funny, and aren't we having fun?'"

"South Park" returns with all new episodes on October 4.