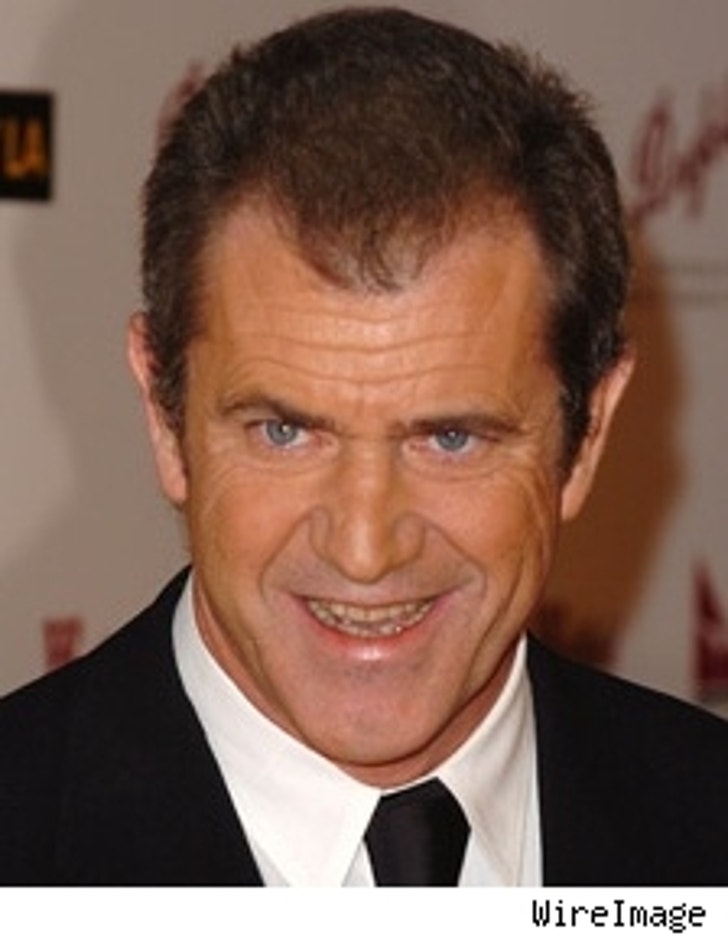 The first screenings of Mel Gibson's new movie "Apocalypto" weren't in New York or Los Angeles -- they were in Oklahoma. And, despite the fact that these were the big debut screenings for the film, Mel and his crew didn't exactly roll out the red carpet.

At a screening on Friday, at a casino in Goldsby, Okla., reporters were kept behind partitions. At another screening, at Cameron University on Thursday, Gibson showed up wearing a mask and wig. Not only that, but his Oklahoma-based publicist had said last week that the Oklahoma screenings had been cancelled -- probably to throw reporters off the scent. We all know the kinds of trouble Mel's been through lately, but he might be taking things to an extreme here. "Apocalypto," which is schduled for release on Dec. 8, is set in the last days of Mayan civilization in Mexico.

Nicole Richie's none too thrilled about her ex D.J. AM's new girlfriend. The other night, Nicole was celebrating her 25th birthday at Teen Vogue's Young Hollywood party, hanging out with Mischa Barton and Rachel Bilson. When 22-year-old model Lauren Hastings -- who has reportedly been seen following AM all over town, according to Gatecrasher -- showed up, Nicole had security suddenly "clear her area." Lauren wasn't able to enter Richie's new VIP section. Nicole has been seeing Kristin Cavallari's ex Brody Jenner lately, but Lauren is the first girl AM's been reported to see seriously -- and Nicole doesn't seem to be taking it so well.

Just because she played a haughty magazine editor in "The Devil Wears Prada" doesn't mean Meryl Streep actually wears Prada. She told a French magazine that she only owns one pair of Prada shoes -- and they make her feet hurt. "It's not the shoes' fault: they are exquisitely made. I blame my feet. I've got my mother's feet," Streep said. Streep's on-screen character, Miranda Priestly, was a thinly veiled version of Vogue editor Anna Wintour, whose onetime assistant wrote the bestselling novel "The Devil Wears Prada." Streep certainly did a good job acting in the film -- the real Anna Wintour would never admit something like that.

Celeb watchers are working overtime to figure out who Mary-Kate Olsen's new man is. The petite twin was spotted partying at the Gramercy Park Hotel in Manhattan the other night -- without her sister Ashley, but with the man Page Six called a "rocker-type." It doesn't seem like she paid much attention to him, though: She was apparently glued to her cell phone the entire night, leaving her man to hang out with her "grungy friends."