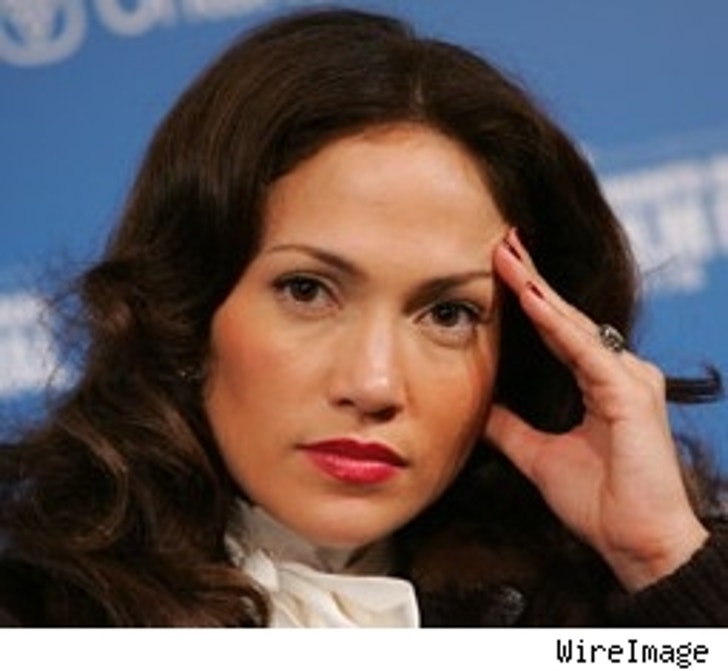 TMZ has learned exclusively that Jennifer Lopez parted ways over the weekend with her manager of over a year, Hollywood heavyweight Jeff Kwatinetz, head of management company The Firm.

The actress-singer-fashion icon's last year has been less than fruitful professionally: Her 2005 album "Rebirth" was a disappointment, and though her role in "An Unfinished Life" with Robert Redford and Morgan Freeman was critically praised, the film itself failed to generate the expected awards-season buzz.

The split comes just before a flurry of professional activity for J.Lo. "Bordertown," in which she plays a journalist investigating the murder of young female factory workers and stars with Antonio Banderas, will be released in October, and "El Cantante," a biographical account of one of the pioneers of salsa (the dance, not the condiment), Hector Lavoe, in which she stars alongside her husband Marc Anthony, just premiered at the Toronto Film Festival, where it received positive reviews and is scheduled to be released in the next several months. Her album of Spanish-language ballads "Como Ama Una Mujer" ("The Way A Woman Loves") is also scheduled for release in November.

In the last year, several managers have left The Firm, taking with them such high-profile acts as the Dixie Chicks, Orlando Bloom and Natalie Portman. The Firm issued a statement to TMZ, saying, "Jennifer is a dear friend of The Firm and will remain so regardless of the business relationship. This was a decision based on differing styles and expectations and we wish her the absolute best."

A rep for Lopez tells TMZ they have no comment at this time.