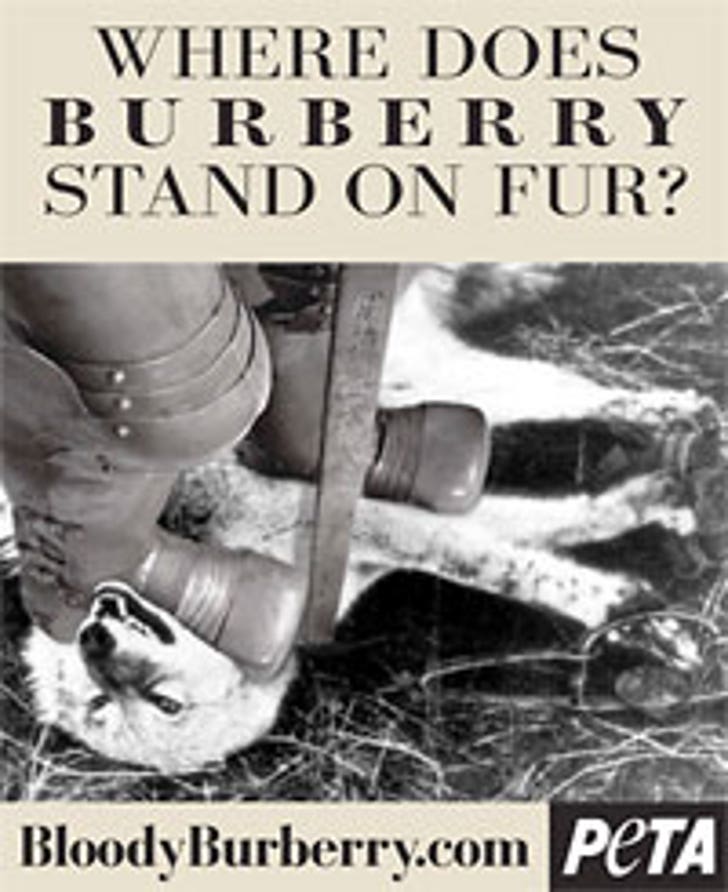 Three PETA activists stormed the runway at a Burberry fashion show in Milan holding signs reading, "Burberry: Fur Shame." The invitation-only event was delayed while the activists were escorted out of the show and released.

According to PETA, their representatives have met with Burberry executives and screened a video that shows graphic footage of animals who are suffering on fur farms and in traps. But unlike a growing number of fashion companies that are fur-free -- including Ralph Lauren, Stella McCartney, Topshop, Selfridges, Liberty of London and H&M -- Burberry continues to sell real fur.

"Designers who still use fur are heartless and shameless," PETA Europe director Poorva Joshipura says. "These are the spring/summer collections, but right now there are animals languishing on fur farms who will be gassed, strangled, or anally electrocuted for the Burberry autumn/winter collection."

A call to a rep for Burberry was not immediately returned.